ALBUQUERQUE, N.M. — The pandemic has been tough on the service industry as layoffs and closures over the last two years have made it tough to rehire staff – but one restaurant has done things a little differently.

The Shop Breakfast and Lunch, in Nob Hill, has expanded retirement benefits despite holding off on indoor dining.

"It was always like, ‘What do you guys want to do?’" said Israel Rivera, the owner of The Shop.

With every change, such as capacity limits changing or other changes implemented as cases spiked, Rivera went to his staff at The Shop to talk things over.

"The fact that we got two really good cooks who had both have like management experience, and they wanted to come work here and we’re like, ‘We’ll do whatever we can to pay you like the best wage you can find’," Rivera said. "And so we’ve somehow been able to do that wow, only doing takeout and while trying to be as safe as possible." 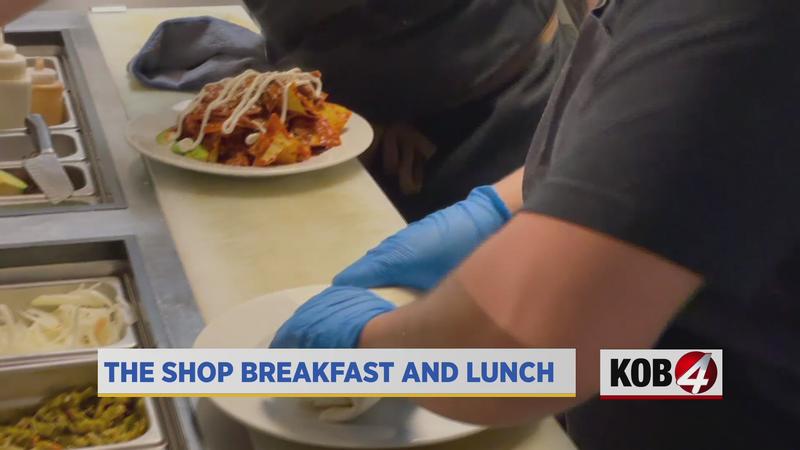 Only takeout, even as other businesses opened up indoor dining because that’s what his staff wanted.

"Cooks don’t get as well-taken care of as they should and that’s just kind of a truth of the industry," Rivera stated. "We know that they’re the backbone of our company, so we want them to do well as we grow."

This meant offering retirement benefits, as his restaurant also matches a portion of their contribution, even as the pandemic has put a strain on the industry.

Now, after almost two years of no indoor dining, customers no longer have to take their food to go.

Rivera, a former cook, found it hard to plan for the future. Now, as an owner, he is offering his staff a desired sense of hope and security for the future.