ALBUQUERQUE, N.M. — A housing campus is now expanding to Albuquerque’s West Side.

Right now, Saranam is able to serve up to 20 homeless families at its campus on Eubank. They hope to more than double their capacity in the next couple of years.

On Tuesday, officials broke ground on the second Saranam housing campus. The multi-million dollar project on the Mesa View United Methodist Church property is more than 10 years in the making.

"We have a $9.3 million capital campaign that is in the works right now, and that is the entire project, so the land, the build, the renovations of the buildings that are already on the site, the whole programming spaces, everything," said Tracy Weaver, the executive director of Saranam.

Their campus in northeast Albuquerque has been maxed out since 2014. With the new campus, they expect to house up to 45 families between the two facilities. 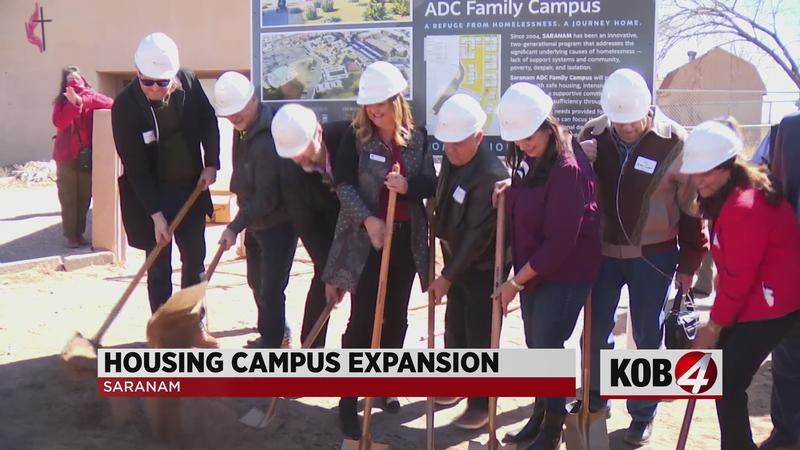 "We will build 25 new homes with adult and children’s education and programming spaces, playgrounds, community gardens, offices and other programming areas," Weaver said.

Saranam’s goal is to break the poverty cycle by providing more than just homes. Families can live in these communities for free for two years – while taking classes and developing skills for the workforce. When the program ends, they should have the tools they need to support themselves.

Saranam reports a 77% success rate for people who complete the program.

Applications for Saranam housing will open this summer for the campus on Eubank. They hope to bring in 10 families in August, then another 10-13 families at the new campus early next year.