ALBUQUERQUE, N.M.- As New Mexico lawmakers look for ways to trim the state’s budget, there’s a proposal to scale back programs that are aimed at feeding kids in the state.

The proposal is not sitting well with child advocates.

"This is more urgent than people realize," said Jennifer Ramo, executive director of New Mexico Appleseed. "This is a terrifying, humanitarian disaster that we’re watching for children."

Ramo’s organization advocates for kids by taking on issues that impact them across the state.

"What we have is there’s a proposed approximately 25% cut to breakfast after the bell, which feeds about 116,000 kids every morning, the elimination of the reduced price co-pays, which we did in 2020 in the legislative session which said all those kids got free meals," Ramo said.

The proposed cuts from the Legislative Finance Committee would also reduce funding for the Grow New Mexico initiative. 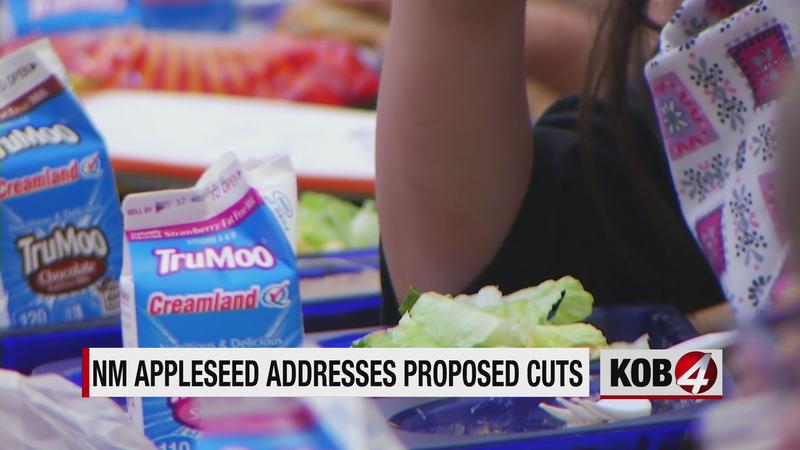 It provides students in New Mexico with locally-grown fresh fruits and vegetables. Ramo said the program benefits both kids and local growers

"I think the tendency, when it comes to cuts, is to do these across the board cuts as if all cuts are equal and all cuts aren’t equal," Ramo said. "These are basic needs that need to be met. This is a fundamental, basic human right and we have a huge number of kids suffering, emotionally and physically, because they aren’t getting food right now. Their parents aren’t working. They’re not in school. So, we have really got to fortify and expand these programs in New Mexico or we can’t expect anything from these children."

New Mexico Appleseed is now working with other child advocacy groups to talk with lawmakers before any proposed cuts are approved.

Ramo believes keeping New Mexico’s kids fed will have a positive long-term impact on our state.

Ramo says those who are concerned about the proposed cuts should reach out to the Legislative Finance Committee.