ALBUQUERQUE, N.M. — More than 80 dogs and cats from the Socorro Animal Shelter and Valencia County Animal Shelter boarded a private flight at the Sunport Sunday morning to head to Salt Lake City.

The animals will be moved to animal rescue groups in Utah where they can be adopted.

"I’ve got a bunch of great looking dogs on board today. We’ve already made our first stop in Salt Lake and we’re about to be wheels up for loan and then on home for the day,” said Dr. Peter Rork, founder and president of Dog Is My CoPilot.

"Our organization Dog Is My CoPilot provides, at no cost to the senders and the receivers, long distance transportation,” he said. “Transportation is increasingly being part of the animal overpopulation issue.” 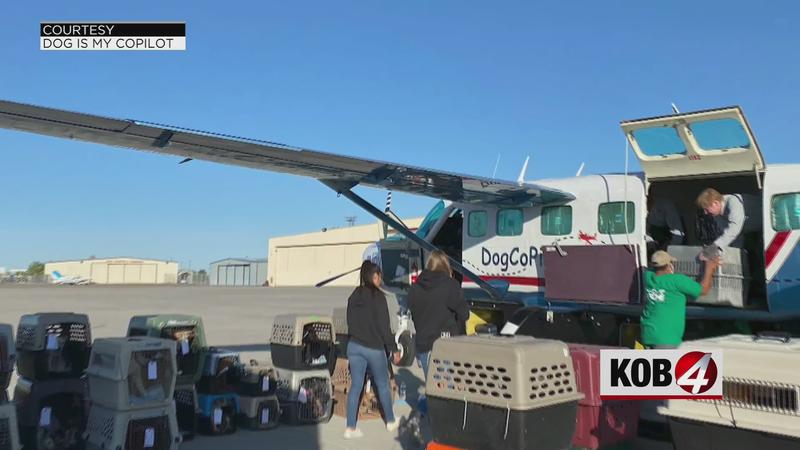 Since the organization’s founding in 2012, they’ve transported 17,000 cats and dogs.

On Sunday’s flight from the Sunport, a very special animal marked that milestone. A dog named Grizz was the organization’s official 17,000th passenger.