ALBUQUERQUE, N.M.- It has been more than two months since Santa Fe County Sheriff’s deputies discovered a deceased young man on the side of a road near the Nambe Pueblo.

Now, the family of Isaiah Herrera, 19, is begging for people with information about his death to come forward.

“It’s just been the saddest, most quietest days of my life,” said Stephanie Valdez-Herrera, who is Isaiah’s mother.

“I spoke with my son about half an hour before the incident happened,” she added.

She saw the scene on the night of her son’s death, and thought it was odd. But everything changed when her daughter tracked Isaiah’s phone to that spot. 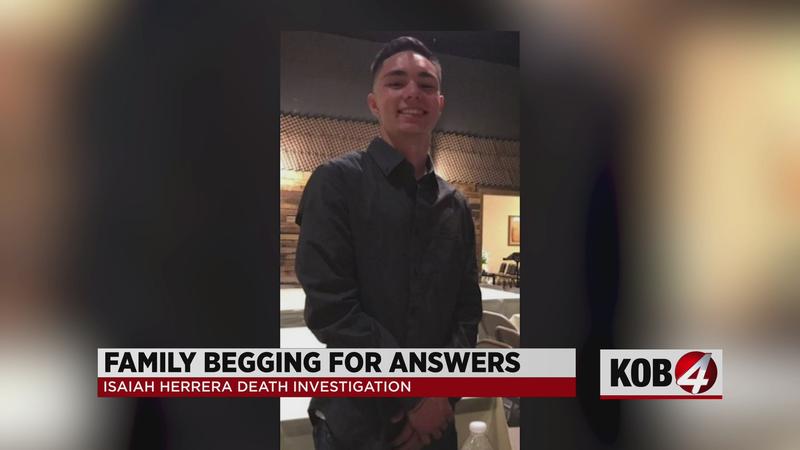 “I ran up there. Literally, ran. And when I get up there, I asked the sheriff, I said ‘hi, I’m Stephanie I’m looking for my son, Isaiah, is he up here?’”

Almost three months later, deputies haven’t said much. But they have been asking the community for help. They are offering a reward to anyone with information leading to the arrest of those responsible, $1,000. Herrera’s family is kicking in even more money.

“He was always just an uplifting person to anybody. He seen anybody, he seen them down, and not feeling so good about themselves, he would give them encouragement. That was my son. It’s just so weird and hard without him now. I feel so empty without him," Stephanie said.