ALBUQUERQUE, N.M. — Summer officially starts in late June, but the journey to a beach body can start now. If people want to lose a few pounds, they can do so by eating right. And the gym actually isn’t a must.

“Evidence is at about 80% of weight change is related to our diet. Exercise is the other 20%, more or less,” said Shelley Rael, a registered dietitian, nutritionist.

She said to think about portion sizes since that’s the biggest factor in weight loss.

"In a lot of cases, people can still eat the same food if they just cut back on the portion size. And it’s much more realistic,” she said. 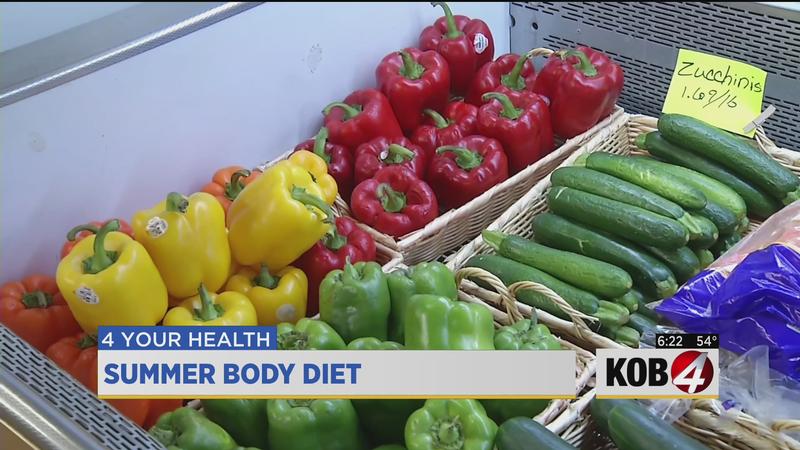 Counting calories is one way to know how much to cut back. It’s called creating a calorie “deficit."

However, don’t go overboard by removing too many calories. Rael said people need at least 1,200 to 1,500 calories per day.

“We still need to get enough to survive to keep our body functioning properly,” she said.

“We could see in about six to eight weeks, six to 10 pounds of weight loss. Again, depending on where we’re starting from,” she said.

The exercise could also add extra weight to the scale, but Rael explained it’s from muscle gain, not fat.