ALBUQUERQUE, N.M. – Sanctions against Russia and the impacts on higher fuel costs – compounded with supply-chain issues and record inflation – is having an impact on consumer confidence, according to Reilly White, an associate professor of finance at UNM.

"The other thing on the table is the Fed raising rates and the Fed decides overnight rates to large banks, but it has a ripple effect for the rest of the economy," White said. "When interest rates go up, prices for assets often come down and people feel less wealthy."

A recent CNBC Fed Survey says there is a 33% probability of a recession happening in the next year.

So what does that mean? It’s when there is negative economic growth in two consecutive quarters.

White said there was a mini-recession at the start of the pandemic – in 2020 – but the country bounced back and the economy grew. However, during the 18-month-long recession of 2008, it took New Mexico a lot longer to recover. 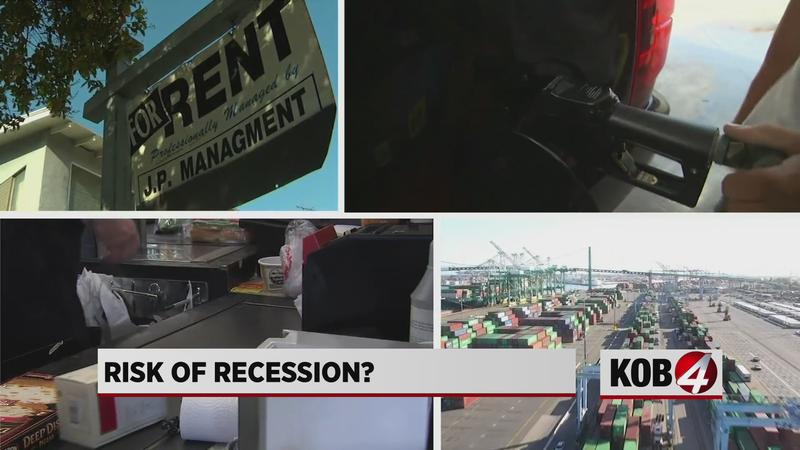 "Because of the nature of the New Mexico job market, we have more government employees and we have fewer large firms," he said. "That means our unemployment rate doesn’t get as high as they do in other states and it means firms don’t lay off as many people but it also means our recovery is much, much longer than other states."

White says there are still bright spots in our economy right now – such as low unemployment and the economy continuously growing – but all eyes are on 2023.