“Officers in our district, and around the state, they’re being targeted with a quota system for arrests and citations,” Officer Fetty said. “And it’s wrong.”

Officer Fetty says NMSP leadership isn’t being transparent, even to officers, about the specific number of citations each officer needs to hit every month, but said they’re being disciplined if they don’t write enough of them.

Emails provided to KOB 4 by Fetty show that his superior had threatened to discipline Fetty if he didn’t write more citations.

“In February, you only wrote seven citations while patrolling for ninety hours. You need to write more citations while you’re out patrolling,” Lieutenant Daniel Chavez sent to Officer Fetty in a March 24th email. 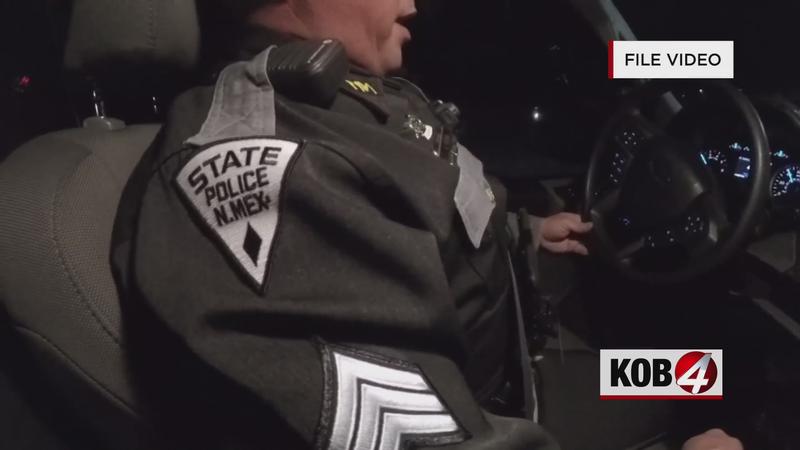 A month later, the same lieutenant sent the following email:

In March you worked 13 days in district and wrote four citations. Compared to other officers this is very low and you need to issue more traffic citations. There are several problematic areas in Albuquerque you can patrol to enforce traffic violations. Consider this email correspondence as a verbal counseling. If your activity doesn’t pick up, you’ll receive counseling through progressive discipline.

“It doesn’t matter what else I’ve done, it doesn’t matter how many people I’ve spoken too, none of that comes into play,” Officer Fetty said. “All they care about is citations.”

The New Mexico Criminal Defense Lawyers Association (NMCDLA) said they believe if an officer feels like their discretion is in jeopardy, this could legally be an issue for State Police.

“New Mexico does have a statute it’s 66-8-137 that actually gives an individualized defense to folks who are cited if they can show that the officer or the judge or anyone else involved in the process had their compensation tied in some way to the incentive to issue the citation, or make the arrest, and that’s under the motor vehicle code,” said Carter Harrison, a board member on the New Mexico Criminal Defense Lawyers Association (NMCDLA).

“My officers do not have an unwritten quota, what they have are work expectations that are intended to keep our communities safe,” he said in part in a statement to KOB 4. “We owe it to the citizens we serve to work hard every day, and part of that is uniformed officers making traffic stops, issuing citations when needed, and arresting criminals and getting them off the street.”

KOB 4 has brought the issue of quotas to the NMCDLA and State Police before. A public records request from KOB 4 in 2010 showed New Mexico State Police officers were given a patrol plan that mandated 100 citations and three DWI arrests per month for officers in at least two districts.

Then-NMSP Chief Faron Segotta denied that the requirement was a quota. He called them “minimum performance standards” and said many government jobs require employees to be held to certain standards.

“They can reword it the way they want to, but it’s still a quota. You’re still counting,” Officer Fetty said.

Officer Fetty told KOB 4 he was put on administrative leave late last month, and that he still hasn’t been given a formal reason why.