ALBUQUERQUE, N.M.- An old flyer is making the rounds on social media. It warns people to not leave their dogs outside.

The flyer says dogs are being stolen in Edgewood and Torrance County– to the East Mountains and Albuquerque.

Officials with the City of Albuquerque and Bernalillo County said they are not seeing an increase in stolen dogs.

The director of NM Dog said it’s their flyer, but it was released in 2015.

At the time, the non-profit rescue was getting a lot of reports about stolen dogs, so they tried to get the word out. 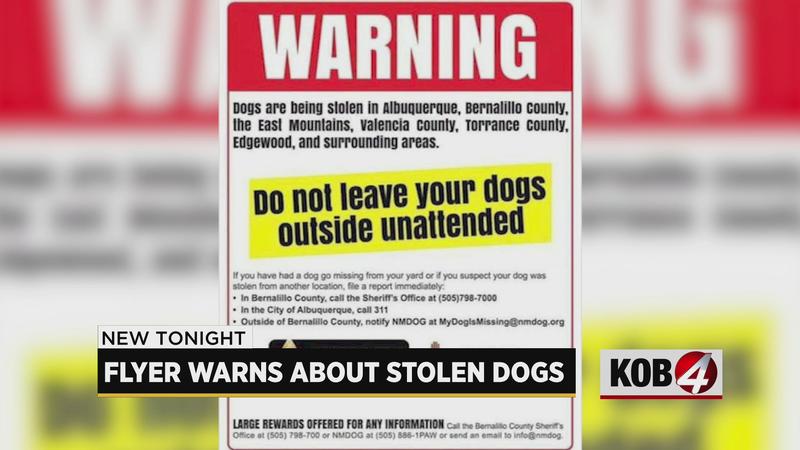 "We were just seeing like this rash of dog thefts, and then there were some very active dogfighting rings that were being investigated at the time," said Angela Stell, founder and director of NM Dog.

The group is not behind this new push to get the word out.

However, if a pet owner believes their dog was stolen, they can make a report with local authorities.