ALBUQUERQUE, N.M. – Senate Bill 224 will make it an offense for gun owners to not lock up their gun, and it was introduced earlier this year.

The bill would make it an offense for gun owners to not lock up their gun when not in use. It also says gun owners could be fined if they don’t.

In Friday’s deadly school shooting, it is unknown if the gun was secured at home, and it’s unclear if the parents will face charges.

“Right now the parent has no legal consequence for allowing that gun to be available to the 13-year-old, my wish is the parent would have understood that by law the firearm should have been secured, and it wouldn’t have happened at all,” said Antoinette Sedillo Lopez, (D) Bernalillo County.

If a child uses an unsecured gun to commit a crime—the owner could be found guilty of a misdemeanor, but the bill never got a hearing in committee.

Sedillo Lopez believes her bill is part of the answer—across the aisle, Republicans disagree.

The U.S. Supreme Court case Rehm is referencing is known as the Heller decision, a 2008 case where the Supreme Court ruled the Second Amendmenet protects the right for a person to have a gun in their home for self defense.

“First of all, all of us are greatly upset by this tragedy. The fact that the dad discovered the gun was gone and went to the school but was just a little bit late is troubling if he could have been there 30 minutes earlier that could have prevented it,” said Rehm. “We also have kids at the school who saw the gun and didn’t tell anyone, so there were missed opportunities that could have stopped this.”

Sedillo Lopez said the first missed opportunity was in the legislature.

“That child needed help and so a combination of gun safety legislation and more importantly behavioral health could have prevented this,” she said.

Senate Bill 244 could have new life at the roundhouse in January, as Gov. Michelle Lujan Grisham told KOB 4’s Tessa Mentus that she expects lawmakers to focus heavily on crime. 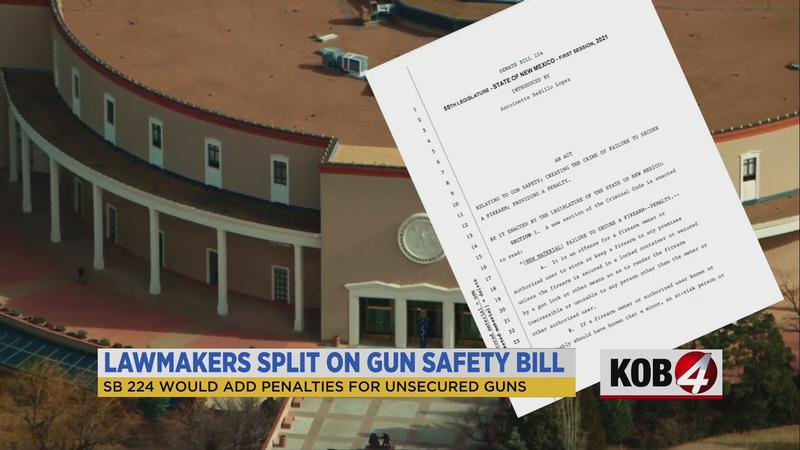