ALBUQUERQUE, N.M. — Even though many businesses are re-opening or expanding, one Albuquerque restaurant was forced to close again.

People were out protesting Saturday after health officials said a restaurant in Old Town, once again, wasn’t following COVID guidelines.

“I think it’s time people start coming out and being a little bit more productive in society without the masks,” said Michael Lucero, a protester.

The protest took place outside of Backstreet Grill in Old Town.

“We have a sign-up sheet if you would please sign it and let people know that you are taking responsibility for your own health,” said a woman talking from the patio of the restaurant. 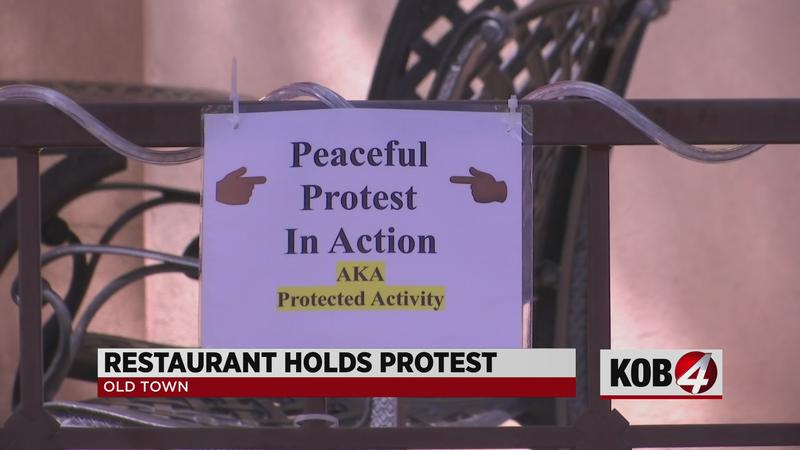 Backstreet Grill is back in trouble for failing to follow mandatory COVID requirements like mask-wearing. According to the city of Albuquerque, their food permit was suspended at the end of April, and they were ordered to close. City officials said they refused, so they were ordered to shut down again this past Thursday.

However, the restaurant is still operating.

“It’s your own job to take care of yourself. If you’re afraid, there are plenty of other institutions you can go to eat. But if you’re not, you want to be bold and take a stand, please come on in,” said the same woman speaking over a loudspeaker.

Backstreet Grill is now facing legal trouble. The New Mexico Environment Department served them with a temporary restraining order this week. A hearing is scheduled for later this month.