“These incredible discoveries illustrate that White Sands National Park is not only a world-class destination for recreation but is also a wonderful scientific laboratory that has yielded groundbreaking, fundamental research,” Superintendent Marie Sauter said.

The fossilized human footprints were buried in multiple layers of gypsum soil on a large playa in White Sands National Park. The seeds embedded in the footprints were radiocarbon dated and analyzed by the U.S. Geological Survey to figure out how old they were. 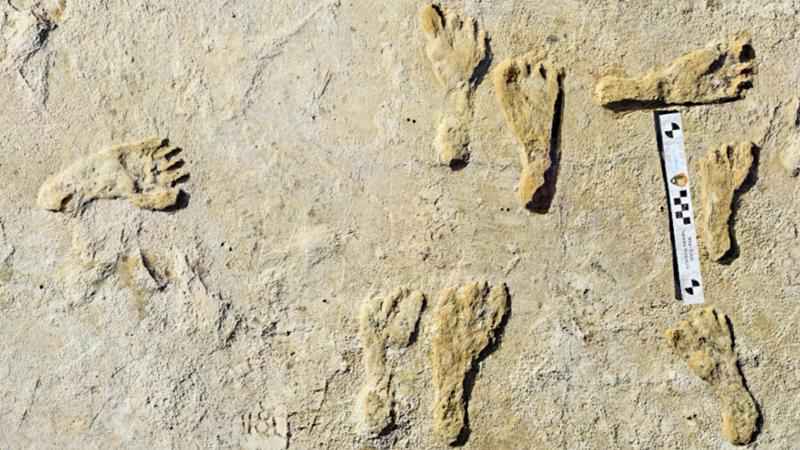 The scientific findings are published here. White Sands contains the world’s largest-known collection of Pleistiocene age (ice age) fossilized footprints in the world. Not only that, but researchers have also identified footprints from the Columbian mammoth, saber-toothed cat, dire wolf and other ice age animals at the national park as well.