ALBUQUERQUE, N.M. – The Albuquerque Police Department is still searching for the second suspect in the robbery shooting that sent four officers to the hospital.

Last week James Ramirez, a California man, was charged for the robbery and the officer shooting. He is also being charged with three counts of aggravated battery on a police officer, assault with intent to commit a violent felony, felony possession of a firearm and with resisting a police officer.

The second suspect was not identified or apprehended by APD but was described as a shorter, skinny individual wearing black pants and a black sweatshirt over a white T-shirt at the scene. The complaint stated that he ran southbound down the alley. He was also observed as unarmed and was not witnessed as shooting at the officers.

"That investigation continues to go forward, we do have suspect information they have identified one potential person they’re working with a federal agency to see if that’s going to be the person that had fled the scene that was also present with this individual during the course of the incident so hopefully we’ll get an update on that." 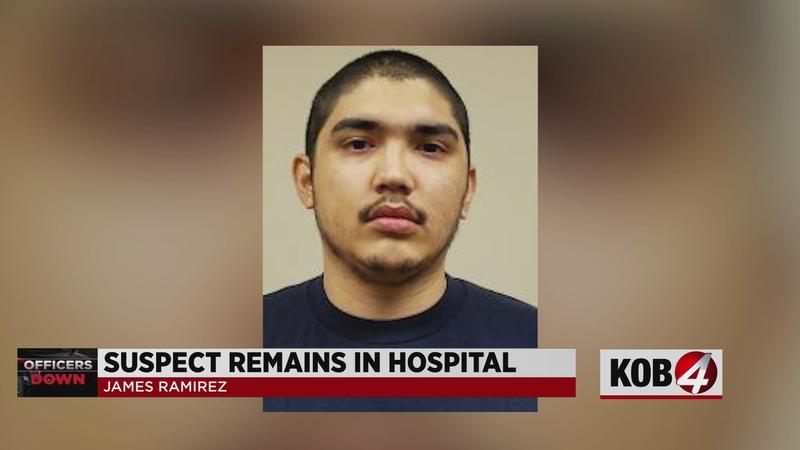