SANTA FE, N.M. – The clock is ticking for the state Legislature. There is a week left in this 30-day session, and practically every public safety bill proposed still has a ways to go before reaching Gov. Michelle Lujan Grisham’s desk.

Mayor Tim Keller says changes on the state level are necessary to get our crime crisis under control.

"When we think about public safety, there is a lot the state can control and we need to remember that,” Keller said. “That is fundamentally the responsibility of the state."

Keller sent a letter to the Legislature this week asking them to step up their efforts and not, as he wrote, “push this problem back to the Duke City.”

Keller says, "What we have seen this year, that is very disappointing, is this attitude that somehow fighting crime and public safety is an Albuquerque issue."

He is concerned lawmakers from outside the metro could very well be ignoring the crime issue.

"I believe that any state Legislature should care about what 900,000 people think," Keller said. "I think that rhetoric has been really unfortunate. I think it has been damaging to our state."

Confusion comes with the frustration for many New Mexicans. Lujan Grisham, a Democrat, made it clear crime and public safety needed to be addressed during this session. As to where this split is coming from, University of New Mexico Political Science Chair Timothy Krebs says there are multiple reasons.

"We are seeing policy differences among Democrats in the Legislature that they have with the governor over major issues like crime," Krebs said.

Adding, there is tension between moderate and progressive Democrats when coming up with solutions. He also agrees with Keller, saying lawmakers in rural areas don’t see crime as their problem.

Keller hasn’t lost all hope. Being a former state senator himself, he says a week in the Legislature is still a lot of time for bills to end up on the governor’s desk.

"Everything is fair game seven days out.”

Otherwise, the solution may be another session focused only on crime. 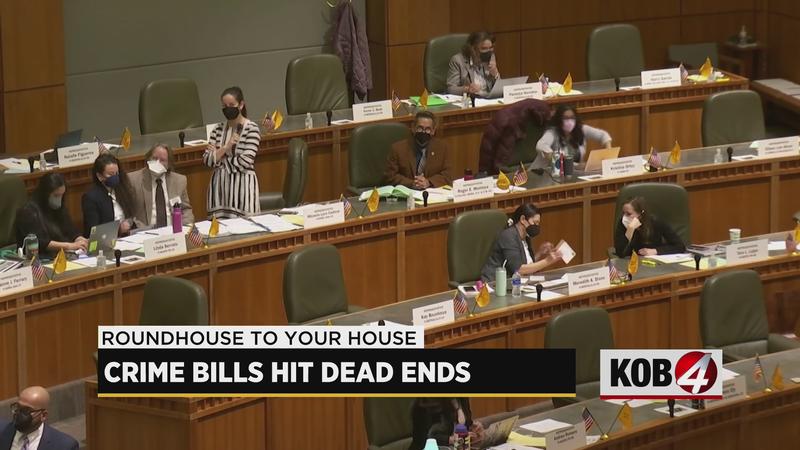