"What I remember about Jan. 6 is I began by singing Las Mañanitas, happy birthday to my beautiful state of New Mexico, because Jan. 6, we must remember the beauty, it’s also our birthday of our statehood," said U.S. Rep. Teresa Leger Fernandez. "The day devolved into violence, devolved into an attack."

A mob of thousands violently and recklessly stormed the Capitol in Washington, D.C. Five people lost their lives.

“I remember the anger that I felt that something I loved so much, which is our beautiful democracy, was being violently attacked in this manner," Leger Fernandez said. 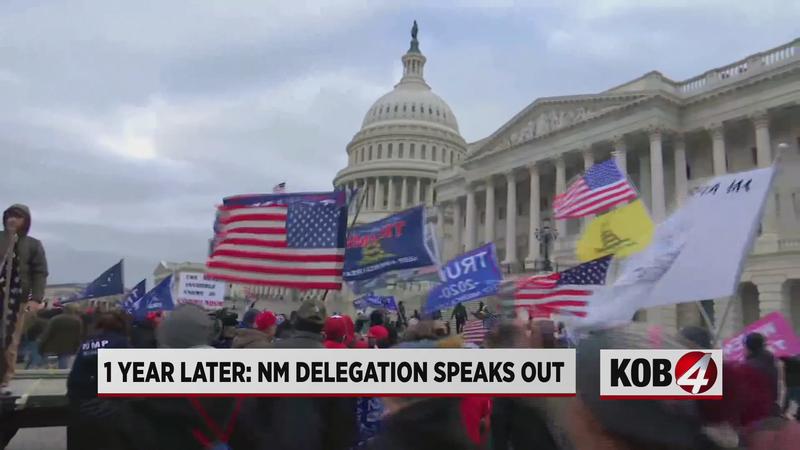 Congresswoman Melanie Stansbury also shared her account of that day, even though she was not in D.C. at the time.

"I recall, watching in terror as people were scaling the walls and entering the building, and all of the live coverage that was happening on our televisions," she said.

The impact of the insurrection reached far beyond Washington, putting New Mexico’s state Capitol on high alert during the legislative session.

"Fencing had to go up around the state Capitol, the National Guard and the state police were deployed, and it was truly terrifying in those days and weeks afterward,” Stansbury said. “Our personal safety, and just the feeling that our democracy in our country was being torn apart at the seams."

New Mexico Sen. Ben Ray Luján said the horrific attack did not stop leaders on Capitol Hill from returning to the chamber that night and completing the Electoral College count.

"We made it clear that we will not hide in fear, rather that we will rise to the occasion to do the job that we were sent here to do," he said.

A lot of work has been done over the past year to pick up the pieces. Democratic leaders say their plan to strengthen our democracy is to pass a wave of bills expanding voter access. Meanwhile, Republican leaders say Democrats should focus more on strengthening Capitol security.