In many cases, politics framed a person’s view of the pandemic. Politics also influenced the policies leaders enacted to handle the virus.

From protests over public health orders to political flash points over wearing masks, the health crisis has highlighted political divisions.

Political expert Lonna Atkeson of the University of New Mexico frames it this way: "You could take a very health perspective or you could argue about the economics but we could get to different places. These are complex decisions for people."

The divisions have been apparent across the political landscape. 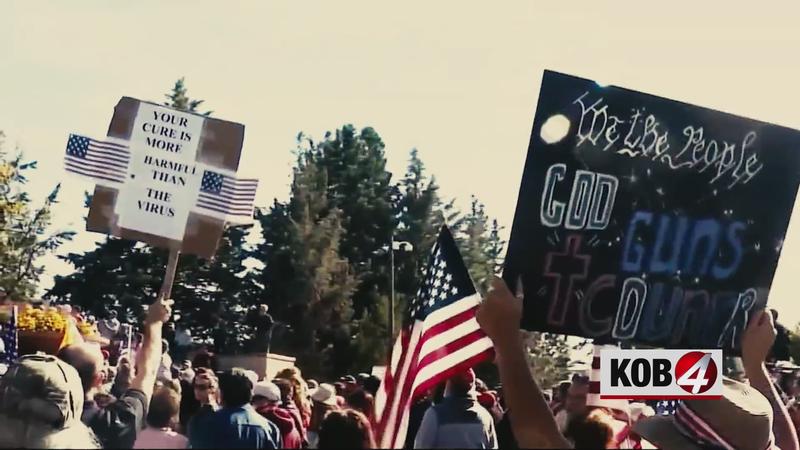 "It’s not just at the national level it’s at the state level — we’re seeing the gaps continue to grow in between partisans," said Atekson.

In fact, a recent PEW study published in the height of the political season found the United States is more politically divided over the coronavirus than other advanced economies.

COVID-19 also impacted voters at the polls, including the method they chose to vote.

According to New Mexico’s voter data, vote-by-mail was the most polarized it’s ever been — with 45% of Democrats voting by mail compared to 22% of Republicans.

"I always like to approach polarization from a perspective of intellectual humility and recognize that people are coming from their decision-making in an earnest and honest place," said Atkeson. "Intellectual humility is the way to alter our own opinions of others and have a better path forward."