ROSWELL, N.M – A jury Tuesday heard opening statements, as well as testimony from the first witnesses in what is expected to be a four-day-long murder trial.

The trial of 31-year–old Luis Jimenez got underway in U.S. District Court in Chaves County. Jimenez is charged with first degree murder in the December 2012 death of Saul Sanchez, 39, He also faces a separate count of aggravated burglary related to the incident.

Jimenez is accused of shooting and killing Sanchez at a 1500 block of West Third Street residence in Roswell. At the time, Sanchez, along with his wife and two daughters, were staying at the home of a friend who was out of town.

According to the prosecution, Jimenez, and another man Joseph Barnhill allegedly gained entry to the house by breaking a window, with the intent of committing a burglary.

“You are going to hear that these individuals came together that day. And they were Luis Jimenez and Joseph Barnhill,” Dianna Luce, district attorney for New Mexico’s Fifth Judicial District, said in opening arguments by the state. 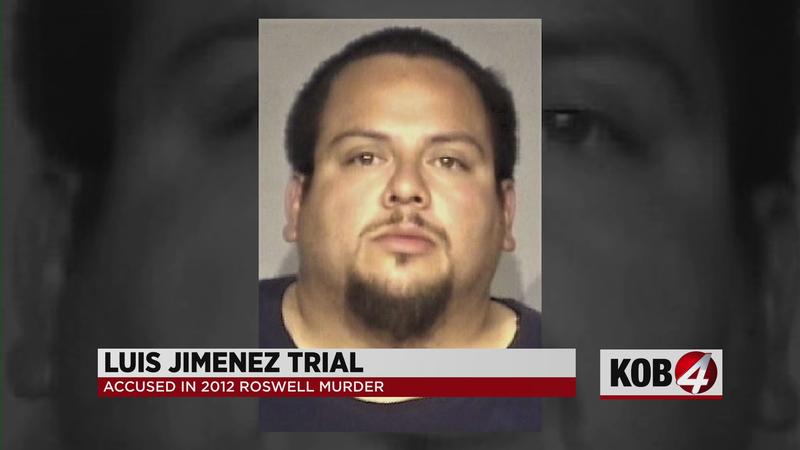 “They went there to burglarize the house. They got there in Luis Jimenez’s car. They both went into the house, with the intent of committing the burglary and they were both armed when they went in,” Luce added.

When Sanchez and his family returned to the house after attending a funeral that day, they discovered that the place was ransacked.

Sanchez then allegedly encountered Jimenez. That is when, according to the prosecution, Jimenez shot Sanchez in the face. He and Barnhill then fled the scene before police arrived.

In 2018, Jimenez and Barnhill were both charged with murder and aggravated burglary. The murder charge against Barnhill was dropped in 2020 as part of a plea agreement in which Barnhill pled guilty to the burglary charge.

The prosecution gave a preview of its case against Jimenez. Luce mentioned surveillance video at a local jewelry store, where Jimenez reportedly went to twice on the day of the burglary, including once where he sold a necklace and bracelet that was allegedly stolen from the home during the burglary.

Other pieces of evidence included a flash light allegedly found on the hallway floor of the Third Street home the prosecution says had Jimenez’s DNA on it.

Luce added that security camera footage from near the residence where the shooting happened showed a Toyota Corolla, similar to one owned by Jimenez’s wife and that Jimenez drove, was at the scene of the crime that December day.

When police searched Jimenez’s residence, they found .22 caliber ammunition, including a spent shell casing. Though the gun with which Sanchez was shot was never found, Luce said, investigators determined the spent casing found in Jimenez’s home was fired from the same gun as another spent casing that was found next to Sanchez’s body.

The defense declined to give an opening argument.

In all, the prosecution is expected to call 18 witnesses to the stand, they will include Sanchez’s wife and two daughters; and Barnhill, now 34 years old.

Barnhill is expected to testify that as they fled the scene, Jimenez admitted to having shot Sanchez.