ALBUQUERQUE, N.M. A newly-released plan for a 24/7 shelter is raising questions about the true impact of the $14 million voter-approved project – and if it will relieve troubles in other areas like Coronado Park.

This is the first look into how the city plans to run the shelter – at what they’re calling the Gibson Health Hub – to help homeless people.

"We have more homeless people in Albuquerque than ever before,” said Ralph Dipalma, a volunteer minister who preaches at Coronado Park. “I used to take the counts for the Veterans Administration, Johnson Wood Foundation to start Healthcare for the Homeless – and Mayor Kinney’s administration.”

On Wednesday, KOB 4 crews noted that a fence the city put up last year was peeled back like a door – and was even getting used as a drop-off location. 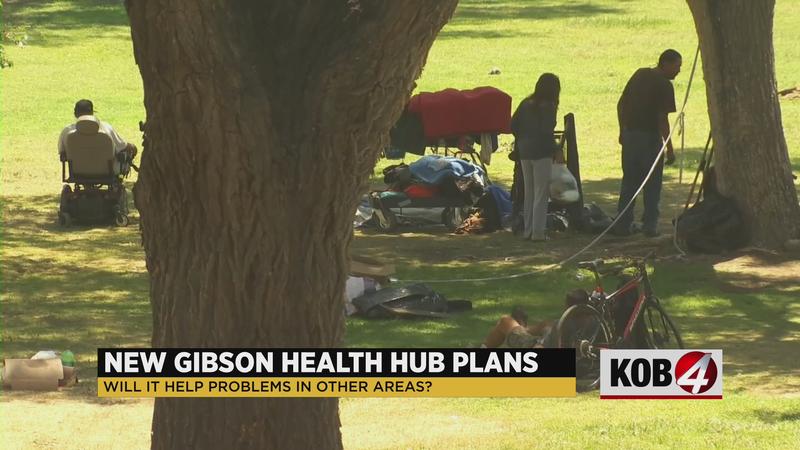 "It is very transient, there are lots of unsheltered folks there, but they’re not living there. They’re using it as a sort of clearing house where they can access other services," Mayor Tim Keller said.

But – specifics – like how many people will the gateway center hold – and if there are plans to change enforcement here – or plans to stop using this park as a pick-up spot for the westside shelter – are not clear.

"So all of that model is under review and being refined. And that’s actually a good thing because we’re on the path towards progress."

Dipalma said he sees it differently.

"The mayor is being given the wrong information and isn’t that a coincidence the people giving the mayor information are the same people receiving federal, state, county, city, United Way money – tax money. And they benefit from their number of clients," said Dipalma.

Elected leaders announced an additional $1 million that is moving through Congress – earmarked for an Albuquerque trauma recovery center. The idea is to create a hub for victims – with mental health resources – all aiming to break the generational cycles that cause these problems.

The mayor said a new city building right next to Coronado Park shows the city’s commitment to trying to bring solutions and resources to the people that need, a possible location for this new trauma center.

"I’m excited about the potential of this program to enhance our public safety and to prioritize the recovery and well being of our people," said U.S. Rep. Melanie Stansbury.

The $1 million for the trauma recovery center still needs to be approved. The mayor said it will take another nine to 12 months, then they’ll have the time to see if it will go in the Gateway Center, or somewhere else.