ALBUQUERQUE, N.M. – Tomorrow is the unofficial marijuana holiday, and there were big plans for a celebration in the metro.

Thousands of people, taking over Central Avenue, for the first 420 Fest where marijuana is legal.

"We had lots of people coming from Nevada, Arizona, Texas, Colorado, Georgia, Minnesota,” said Melissa Thompson, one of the organizers. "It would’ve been fantastic. It was going to be Third Street through Seventh and all the blocks would be filled with vendors and we could celebrate the celebration of legalization."

Now all of those travelers will have to find other plans, the 420 Fest is cancelled.

The couple had been planning the event since last June. They invested more than $20,000 in planning and marketing.

A message from the city on April 11 changed their whole plan, it said “per APD Chief’s office, this event is cancelled.”

An APD spokesperson told KOB over the weekend it’s because organizers wanted to shut down Central for most of the day in the middle of the work week. Police already have to shut down the road at night for public safety reasons, and this would take more resources.

"This really turned the fest in a different direction and we didn’t want to go forward moving it in a negative way,” said Thompson. “We wanted to move forward in a positive way saying, ‘we will do whatever we can to work with the city in 2023.’"

The couple thought they would be able to still host the event on the sidewalks of Central, but decided Tuesday that they could not do that in a safe way.

"We have to go with what the city is saying,” said Thompson. “We will resolve this matter with them in 2023 but as of right now we don’t want to put anybody in jeopardy of safety."

Meanwhile, dispensaries don’t expect the cancellation to stop New Mexicans from stocking up.

"If there was a time not to launch we apparently picked it. When your first day is April Fools’ Day and 19 days later you’re faced with probably what’s supposed to be the busiest day of the year which is 4/20, we probably put stress test one on April 1 and we’re going to see stress test number two which is 4/20," said Rodriguez.

Rodriguez says this holiday could put significant pressure on supply.

"You’re not seeing a lot of sales being offered, a lot of promotions not being offered, no buy one get one, I think everybody is a little tentative because we got hit hard that first week."

As for enforcement on 4/20, police departments across the state are reminding people about the current laws.

Both Albuquerque and Santa Fe don’t have designated public consumption areas for marijuana, so it could cost you $50 if police catch you lighting up in public.

In Albuquerque, APD plans to mostly focus on education with these new laws—not on writing tickets.

In Santa Fe, the main concern for police is on impaired driving. The department’s DWI unit will be out patrolling.

And in Las Cruces, leaders are handing out the same reminder. Smoking is only allowed indoors in a licensed and secured area, even if you’re at a 4/20 special event. 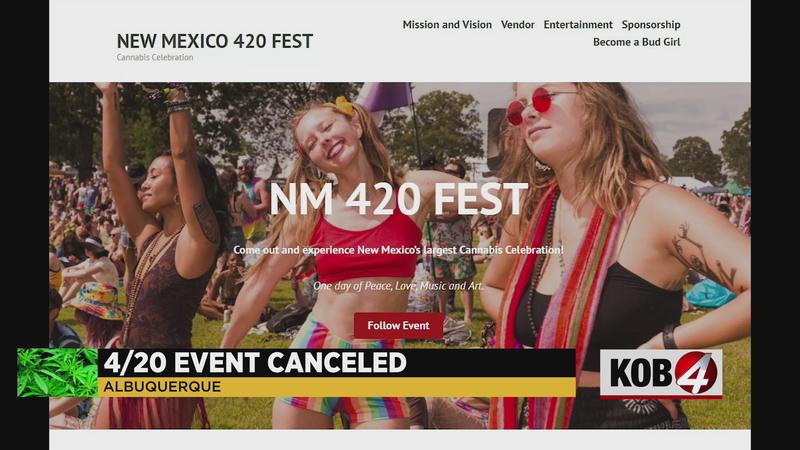