ALBUQUERQUE, N.M. – A couple was just traveling through Albuquerque when their car was broken into.

“I don’t want people to live in fear but I do want all of us to just to be aware,” said Sylvia Scruggs.

A warning to others after what should have been a quick overnight stop in Albuquerque for Ricky and Sylvia Scruggs from California. They stopped at a hotel near the interstate on their way to Colorado to meet their newborn grandbaby.

They got in around midnight and were planning to leave at 6 a.m. so they didn’t bother to unload their car.

"We were going to be in and out so fast. My wife is very vigilant about, ‘Hey move the stuff, take the stuff inside, lock the doors’ and stuff like that and we just didn’t expect this," said Ricky.

The car was locked and in a well-lit spot, but when they woke up the next morning, everything inside was gone. Including clothes, jewelry and a set of golf clubs.

Luckily the thief didn’t steal their car, but they did steal everything inside it and some of those belongings are irreplaceable.

"But it’s really the things that you can’t replace. She had some hard drives with pictures and different things and if that stuff somehow got returned it would be a miracle," Ricky said.

They think the thief broke in by cloning their key fob – since they didn’t break a window or force their way in.

"It was shocking to walk up to the car where there’s other cars around us and see it completely wiped clean,” said Sylvia.

They credit police with a quick response and doing a thorough investigation. They’re hoping to get some of their belongings back, but also want to warn others.

"We do want to bring awareness to it only because we want people to be vigilant about, hey, you know be cognizant of your surroundings and also because you just never know the hardship that we faced yesterday. By not being on the road on time to come to our appointment, here being on the phone and they’re taking more than just the products," Sylvia said.

"We’ll still stop in Albuquerque but we’re going to take our stuff in house," said Ricky.

The couple is hoping insurance covers their loss. Meanwhile, they’re hoping someone comes forward and returns their belongings. 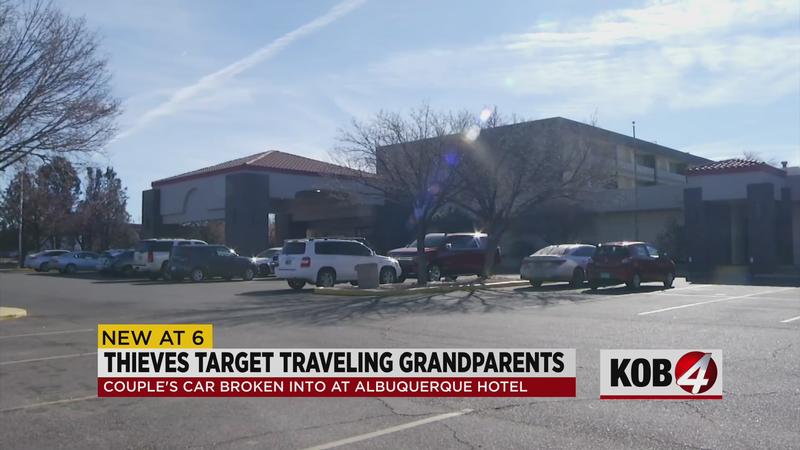