MIDWAY, N.M. – The Bureau of Land Management gave a ‘final update’ Wednesday morning on the Overflow Fire as officials said the fire has now been contained.

The BLM declared the containment at 8 a.m. Wednesday. The firefighting operation will now be smaller and include one engine crew that will continue to monitor and patrol the fire in the coming days.

Three federal engines and two hotshot crews were previously on the scene to mop up hot spots. No injuries or damages to structures were reported.

The Overflow Fire began in the afternoon of April 7 when controlled burns being carried out by the Bureau of Land Management amid high winds and low humidity jumped the firing line and expanded rapidly.

Personnel from the National Forest Service, as well as a host of local fire departments, rushed to the scene with equipment, including aircraft that dropped fire retardant.

Trees and much of the 1,900 acres were blanketed in embers.

Ernie Lopez, a bird breeder who operates a hunting preserve on the land, said the flames, fueled by loose cedar and tall arid grasses, came within 30 feet of his house. He said Monday that despite having lived there for 12 years, he has not experienced a wildfire of this scale or intensity.

“We’ve seen small fires out here, but nothing in comparison (to this),” he said while surveying the smoldering landscape. “They had air tankers and fire crews working the fire, trying to keep it under control, trying to keep it away from the house.

He added that crews were also able to safeguard the area where he keeps his birds from the swiftly advancing fire.

The fire was contained that evening, but at about 10:30 p.m., a shift in winds, soon caused the fire to start up again, illuminating the night.

“The winds just changed direction and it just brought the fire this way, all the way up to the house,” Lopez said.

Lopez’s house and those of his neighbors were spared from the fire, something Lopez credits to the speed and skill of the crews.

However, much of the land Lopez uses for his hunting preserve has been scorched. And seven pairs of electric poles are damaged and must now be replaced.

Lopez said the Bureau of Land Management has agreed to help mend some of the fences damaged.

Now, Lopez said he is hoping for rain that can deliver some moisture to this parched terrain this spring.

“If we get those rains, everything will be green again and beautiful,” he said. 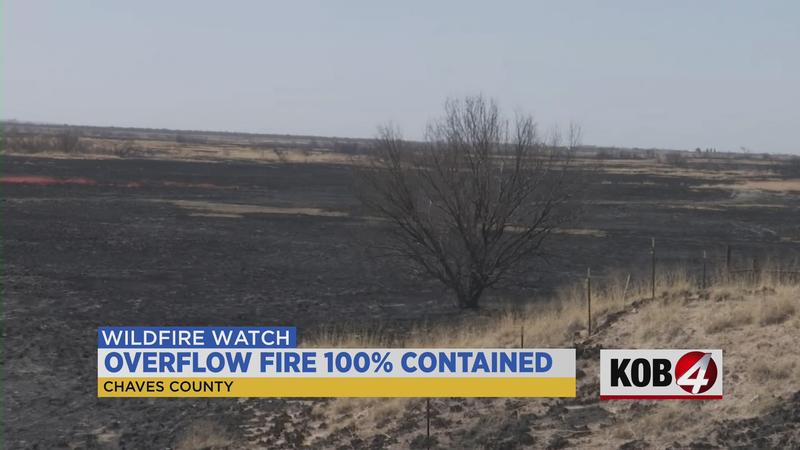