ALBUQUERQUE, N.M. — Just two cannabis retail locations have been denied at the very last hurdle by the City of Albuquerque. KOB 4 spoke to the owners of one of those prospective shops.

"We’re not giving up," said Rodrigo Ramirez with Canvas Organics Inc. "This is a great location, great neighborhood."

Ramirez and Billy Giron are preparing to sell legal cannabis in less than four weeks. However, their current storefront – called CBD Boutique – has been denied and that’s a major concern for them.

After obtaining a state license, their location was denied at the last hurdle by the city because their location is too close to an already approved cannabis retailer. Another storefront in the area, Enchanted Botanicals, has already been approved.

However, CBD Boutique has been around for a while. Ramirez and Giron said the boutique helps cover costs, but is not a major revenue generator. Now they said they will do whatever they can to try to get the city to reverse its decision. 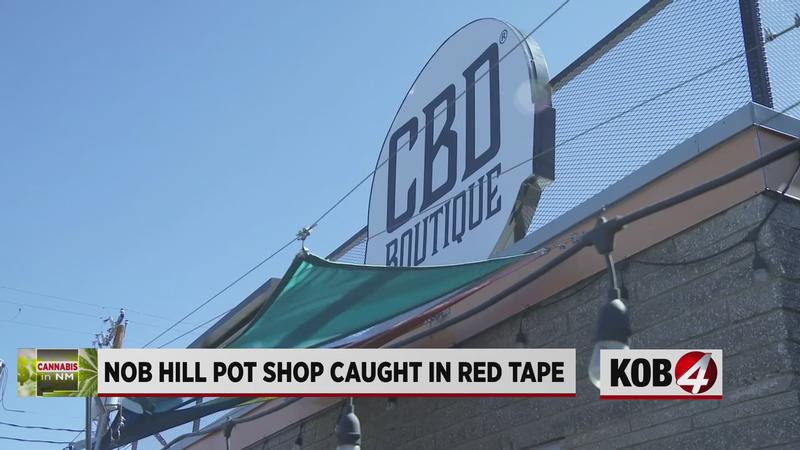 "We are planning to move forward," Giron said. "We are confident that we can make something work. So we’re not out of here just yet."

The owners didn’t want to say too much about what their next move is, but they did say they’d like to be a part of a Nob Hill revival.

The city’s planning department does have a "conditional use approval" to reverse an initial denial on a location application – but that would require getting the blessing of surrounding neighbors to do business.