"Padilla’s has been around for almost 40 years now. My mother and I started the restaurant,” said Irene Leyba, co-owner of Padilla’s Kichen.

“Hard workers. They raised us to work hard,” Leyba said.

If not for their dedicated customers and federal CARES Act funds, Leyba said they’d be at risk of closing up shop. 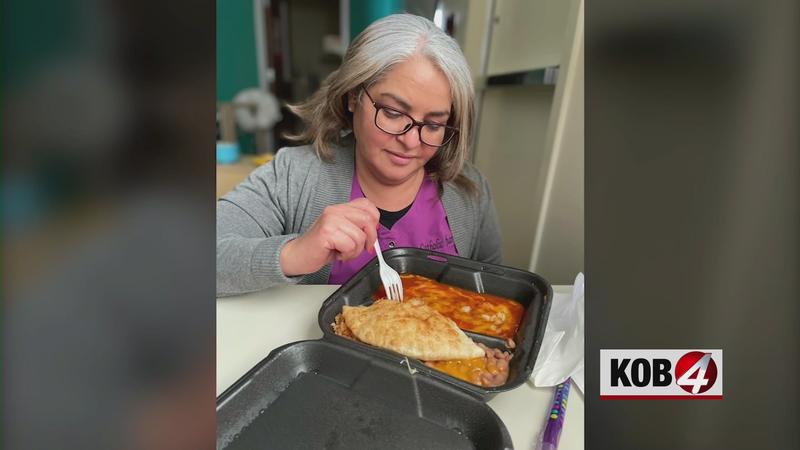 "Yeah, I think that we all have to help each other. I think that’s how anybody gets through anything, is with everybody’s help,” she said.

The restaurant cooked up 45 hot meals for the workers at the nonprofit Catholic Charities of Central New Mexico.

"Normally there’s about 100 folks that work out of this building. Today we have about 30,” said Jim Gannon, CEO of Catholic Charities.

Gannon said the pandemic has highlights the need to help others.

"We address multiple issues for folks and work with different partners. We don’t do it alone. There’s a number of other non-profits we coordinate both in services with and as well as funding and sharing our funding,” he said.

From immigration, child care, rental assistance, or food insecurity, Catholic Charities aims to combat the issues that come with poverty.

Gannon said they miss the hundreds of volunteers that have not been able to help in person, but he’s hopeful that better days are ahead.

"What you do have is just a lot of people want to make a difference in this state,” Gannon said.

"I look at it as very optimistic in the long run,” he added.