ALBUQUERQUE, N.M. — State leaders have repeatedly emphasized that people should not put off medical care during the pandemic, but some people have been forced to wait months just to see a provider.

“Our health system should not be like this. We should be able to have specialists and not have an insane amount of time to get them in,” said Celina Holmes-Smith.

Holmes-Smith said her children have dealt with rare conditions for years, and getting in to see a doctor has always been hard.

“The wait times trying to get your child in pre-COVID is absolutely insane,” she said.

Now she said those wait times are even worse. 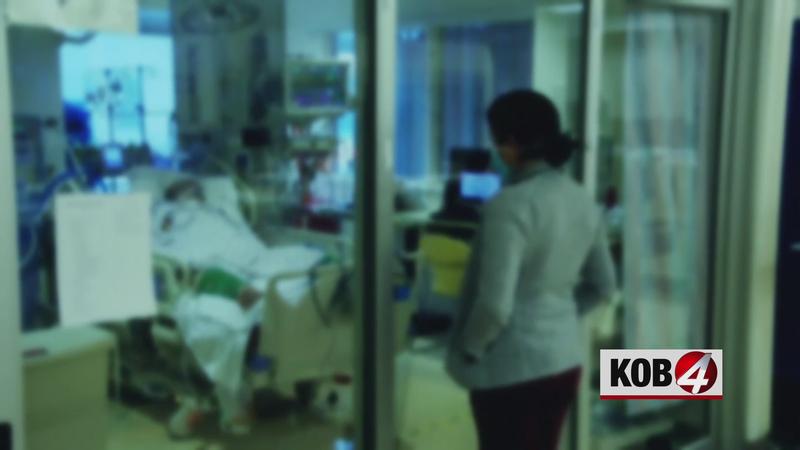 “When your child is hurting and they can’t hear and they are screaming in pain every night and they refuse to take a bath or whatever because the water literally hurts their ears and their speech is being affected—their entire world is being rocked,” she said.

“Back in December I noticed my tonsils were larger than normal,” she said.

Slater said her primary care doctor gave her a referral to an ear, nose, and throat specialist.

“They told me the earliest appointment was September 22nd, and that was for telehealth,” she said. “And I was like, how you can see the tonsils if it’s over the phone computer whatever."

Slater was originally going to have to wait nine months, but her primary care doctor helped her get in sooner.

“She convinced them to get me an appointment next month,” she said.

Officials with the State Department of Health said they’re aware of the long wait times.

“What’s going on is when you delay care, people delay care, there’s not enough room when everybody wants to catch up,” said Dr. David Scrase, cabinet secretary of the New Mexico Human Services Department.

While office capacities have played a role in the long wait times, NMDOH officials said the underlying problem is the state’s chronic provider shortage.

"The need for change is clear, and the ability to change for the better can come if lawmakers are willing to strive for the right mix of government policies,” read an NMDOH statement in part.

KOB 4 reached out to UNM Hospital and Presbyterian to see what they were doing about the wait times. Both acknowledged that the pandemic has worsened them.

"We’ve recruited 190 over the last 12 months to add to our teams, but we still know that’s not enough. There are some specialists that are certainly even harder to recruit to, you mentioned ENT, neurology, and even rheumatology,” Dr. Schafer said.