ALBUQUERQUE, N.M. – It’s been two weeks since a student shot and killed a classmate at an Albuquerque middle school. Since then, the school has made changes to keep students safe, but some parents say it isn’t enough.

Police say 13-year-old Bennie Hargrove was killed during lunch by another student. Leading to an unthinkable scene for students and parents.

Monica Armenta with Albuquerque Public Schools said several changes have been made to better protect students.

"We broke up lunches, we now have an adult for each of three lunches. We have more police on campus. We’ve had extra security. We continue to offer counseling to anyone who needs it."

Parents, like Jimmy Martinez, said the changes are helping.

"It could have happened anywhere, unfortunately it happened here, but I think APS and the staff members at Washington are making sure kids are safe,” said Martinez.

However, there is still concern a some parents believe the school and district need to do more.

"Kids are still being bullied at school and not much has been done about it,” said Martha Williams, a parent.

Then there are parents who want change at the highest level.

For example, a letter, in part, sent to Superintendent Scott Elder:

"This was the worst break down on protocols that could have happened, this was a sad event that I truly believe could have been avoided. You have failed my child and our city. You should do the honorable thing and give your notice immediately sir."

APS understands the continued frustration, but say they are doing all they can to make students and parents feel at ease. 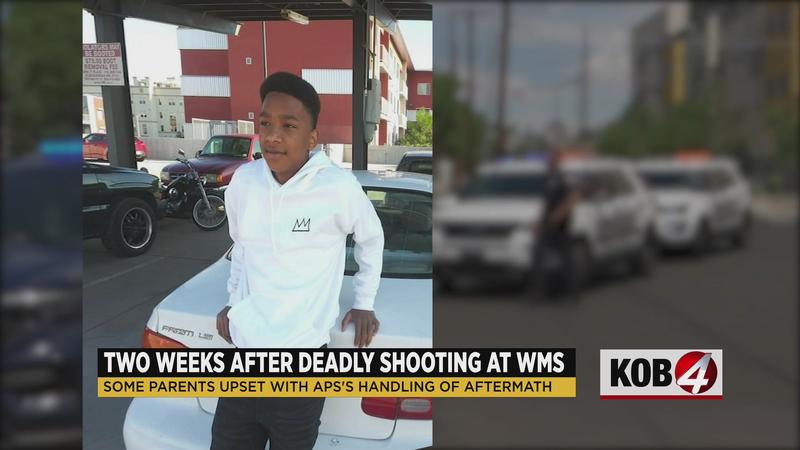