ALBUQUERQUE, N.M.- Many high school athletes in New Mexico are getting the chance to play championship games at University of New Mexico facilities this week, and along with excitement, there are concerns over how much families have to pay to attend the games.

Many are just thankful the game could take place during the pandemic.

Jill Levin, another Bosque School parent, said that a few months ago they weren’t sure if the championship would happen at all. 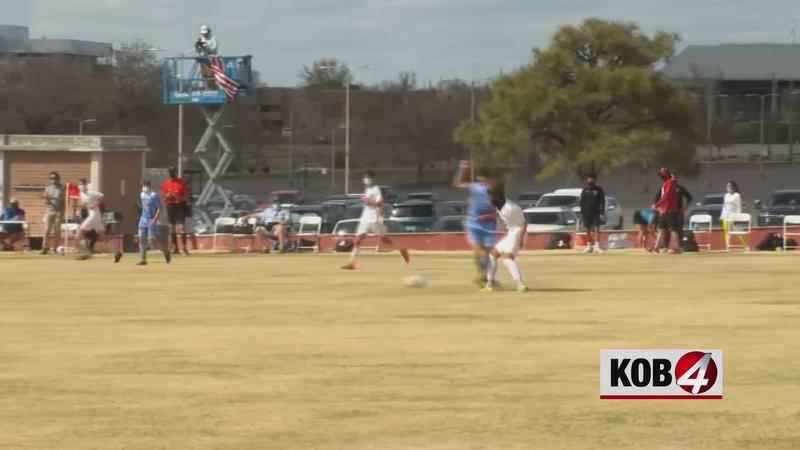 “It’s exciting. It’s great to be able to play again,” she said.

But many are wondering why they paid as much as they did. Many games at school fields cost $5 to get in with no parking fee.

To see a game this week, a family of four pays $57, which includes paying for parking.

“It’s a little tough, but I understand that they have to pay for the university staff. It makes it hard, but it is what it is,” Sandoval said.

Some pointed out that they’d pay less to watch the UNM women’s team play.

The game was held at Robertson Field, the Lobos’ practice field. Many parents were caught off guard that the game wasn’t held at the soccer and track complex, which is right next door.

The New Mexico Activities Association explained how the process played out.

It wasn’t able to schedule these games as far out as it normally would, due to the pandemic, so it turned to the university for help.

“UNM was very nice to say, ‘Hey, we will have our facilities available for all our high school athletes no matter the date,’” NMAA Executive Director Sally Marquez said.

The NMAA set the ticket prices at $10. A UNM spokesperson said charging for parking is standard, and some events cost more than this week’s $5 fee. It also charges the NMAA very minimal amount to use the facilities, the spokesperson said.

This is the first time soccer teams have played championship games at UNM, but it’s routine for other sports, like basketball, and families have to pay similar prices to watch games at The Pit.

“It’s worth it to be out at state watching the teams play,” Sandoval said.

Tickets can be purchased at this link posted by the NMAA.