ALBUQUERQUE, N.M. – A local family is looking for answers as they help their son navigate life with a rare genetic disorder.

Benjamin Harris is a four-year-old boy who enjoys swinging in the backyard and playing catch with his siblings. While these sound like normal activities for a little boy – for Benjamin—even eating can be a difficult task.

ATR-X keeps Benjamin from moving his body the way he wants to—at four-years-old he can’t walk or talk, even as a baby, his parents noticed something was off.

“He was floppy, couldn’t hold up his head up and just really felt like a sack of potatoes when you held him, he would slip through your hands if you weren’t careful,” said Martinez-Harris.

For years, they didn’t know what was wrong.

“We were doing so much to what it felt like just to keep him alive and over time it was so much just to get a diagnosis and it’s all consuming of our time and energy just making sure he was going to be ok,” said Martinez-Harris.

They didn’t think they would ever get a diagnosis.

“I just assumed something had happened and we would just work through it, so when we finally got that diagnosis from genetics, which took a long time, we have one geneticist in the state of New Mexico,” Martinez-Harris said.

Then they started to learn more about ATR-X—like there is no cure—but that doesn’t mean researchers — here and overseas — aren’t looking for one.

“I started the research in 1990 and when I started I was a post-doctoral fellow to try and identify what the cause is of a rare condition that gave rise to severe learning difficulties and a condition called alfa thalassemia, and I was following on some work from a college of mine who helped define the condition and the features of it,” said Dr. Richard Gibbons, professor of Clinical Genetics At Oxford.

Those are features that Benjamin has – but science has come a long way since the 90’s and a new treatment — gene therapy– has been proven to be effective against genetic disorders, but there is one set back.

“For ATR-X there is not yet a gene therapy tried and one of the major shortcomings for AAV as a viral delivery tool is that it has a limited packaging capacity so the virus itself is limited to about 4800 base pairs of genetic material,” said Gibbons.

But the gene they’re trying to fix is too big and Benjamin’s parents are hopeful through their new foundation – Cure ATR-X – they will be able to fund more research and bring scientists and the community together to find a cure.

“Parents would do anything for their kids, I just want for these people effected by the syndrome to have the same opportunities that we all or the majority of us have,” said Martinez-Harris. 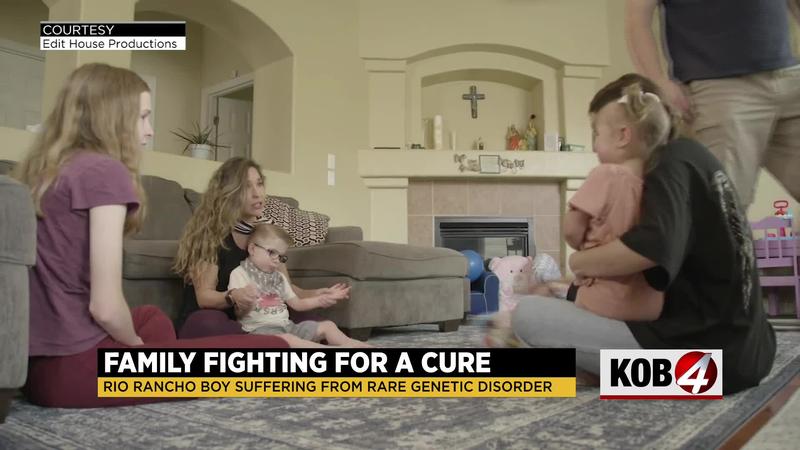