ALBUQUERQUE, N.M. — About a hundred people gathered at Washington Middle School for an anti-bullying rally Wednesday evening – the same school where a 13-year-old Bennie Hargrove was killed for standing up to a bully.

400 white balloons were released into the air – all with the same message of "Bullying stops here."

"I’ve actually been bullied before and I don’t bully people because I know how it feels and you feel very uncomfortable and it doesn’t feel right," said 12-year-old Matthew Sedillo, a student at the middle school.

"I want my daughter to be comfortable at school," said Leeanna Sanchez, a parent. "I want her to feel safe at school."

Speakers shared their own experiences with bullying, including Tina Juarez, who organized the event. 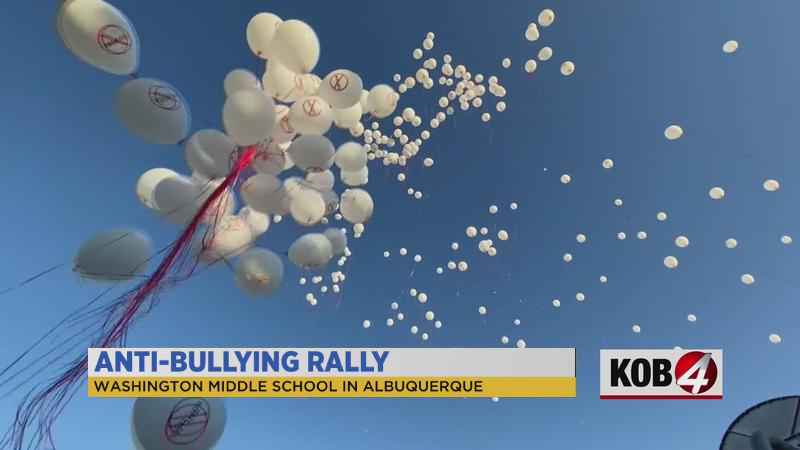 "For young kids, I think it’s important for them to know their worth and the effect it has on other children when they are getting bullied," Juarez said. "It’s not just a short-term effect, it’s a long-term effect and it needs to end so they can be successful."

13-year-old Juan Saucedo Jr., who police said shot and killed Bennie Hargrove, is still being held in juvenile detention. He had a court hearing this week, where his attorneys asked the judge to release Saucedo Jr. back to his parents, saying he is currently on medication for his mental health and has been completing his schoolwork.

However, prosecutors argued that Saucedo Jr. is still a threat to the community. The court is also still working to determine if he’s mentally competent to stand trial.