ALBUQUERQUE, N.M. — Some families in New Mexico’s largest school district are gearing up to send their kids back to the classroom in just under three weeks.

For some people, that day can’t come soon enough, but others said they feel like they need more time to prepare.

APS schools will reopen for full in-person learning April 5, but students will have the option to remain virtual.

“They will not be going back to the classroom,” said Mary Sisneros, an APS parent.

Sisneros said her children will remain virtual through the rest of the year due to health concerns. Sisneros said she has lupus and her husband has cancer, which has made things extra tough during the pandemic. 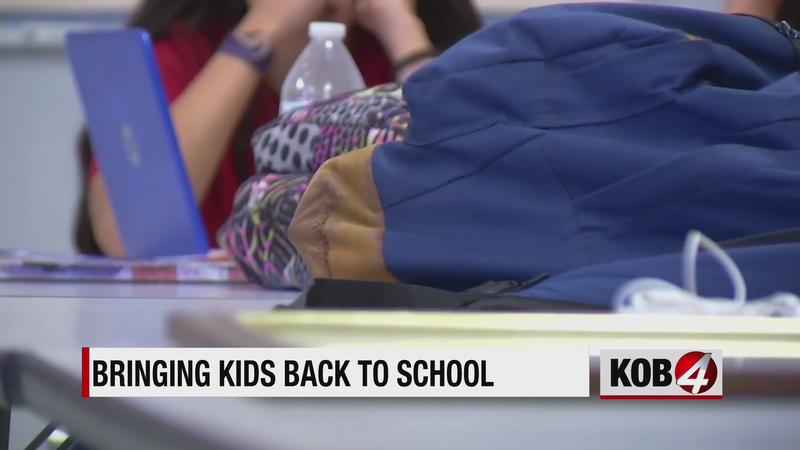 “I come from a Pueblo that was hit really, really hard. I lost my grandpa, my aunt,” Sisneros said. “Going through all that played a huge role in how we were going to, whether we were going to send kids back to school.”

For other families, they believe returning to school is the right choice.

“I have an 18 year old who’s a senior at La Cueva and I have a sophomore who is 16,” said Annie Sanchez, an APS parent.

Sanchez said her senior has been working three jobs and is already out in the community, and her sophomore relies a lot on sports for motivation.

“It was kind of an emotional piece, you know as the year drug on. I could see the boys, like OK get it up. It’s time to go to school,” Sanchez said.

“When APS decided and the state decided it was time to go back, we were 100 percent on board and ready," she added.

APS asks that parents let their school know what they plan to do for the duration of the school year.