Pay it 4ward: Dedicated coach goes above and beyond for team

ALBUQUERQUE, N.M. – It’s not hard to find a coach who helps their players achieve on the court, but one Albuquerque man is going above and beyond to make sure his kids achieve off the court.

"So there are a lot of really amazing coaches that we’ve had in Albuquerque, but I wouldn’t take my son anywhere else for any reason, ever. He’s sticking with Mike,” said Ryan Baca, Pay it 4ward nominator.

Baca has only known Coach Mike Braniff for about 6 months after signing her son up for a local youth team. But it didn’t take long for her to realize she met someone special.

"My experience with other coaches has really been about three things. How tall your child is, how good of a shooter your child is, and how much money you have. For Mike, those things don’t even bother him. What he cares about, is your kid willing to come out here and put the work in, and that’s it,” said Baca.

But his dedication to his players doesn’t stop when practice is over.

"I’ve watched him late at night drive several kids home who didn’t have a ride. I have watched him feed kids dinner, I’ve watched him cover tournament dues. There was even a time that Mike even picked up a child that was homeless. All he wanted to do was play basketball, and Mike welcomed him with open arms,” Baca said.

And she’s seen what that kind of love can do firsthand in her own son.

"He feels better about himself. He’s excited to be at practice, he’s excited to be around his team and he wants to work hard, and that really, is what playing basketball at this age should be about,” said Baca.

Baca decided to nominate Braniff for Pay it 4ward.

“I nominated you for Pay it 4ward, because I have watched you through many basketball tournaments, many practices, cover kids dues, and take kids home at the end of the night, and buy dinner for the kids, and you’ve given all these kids an opportunity to play the game that they love, and we just wanted to Pay it 4ward and give you $400,” said Baca.

Coach Braniff said he always wanted to make sure kids have a place to play the game they love.

"You know, when I was growing up, I didn’t have much of an outlet, so it’s good that I can do that for them,” he said. “I think some parents forgot what it was like to be a kid, and you know you need to give them an outlet and not just be at home, ‘hey I pay bills for you,’ no you got to put more into your kids and everybody else’s kid too."

But he knows he means something more to his players.

"Kids that don’t have moms, dads, they consider this their family, you know, they call me dad, I take a lot of pride in that,” said Baca.

And if there’s one thing he hopes his players learn.

"Take care of other people, not just yourself. I mean, if you look at everybody else, there’s a lot of people that are kind of selfish in this world, and you know, if you put your foot, your best foot forward and you give them your all, they’ll do the same for others,” Baca said. 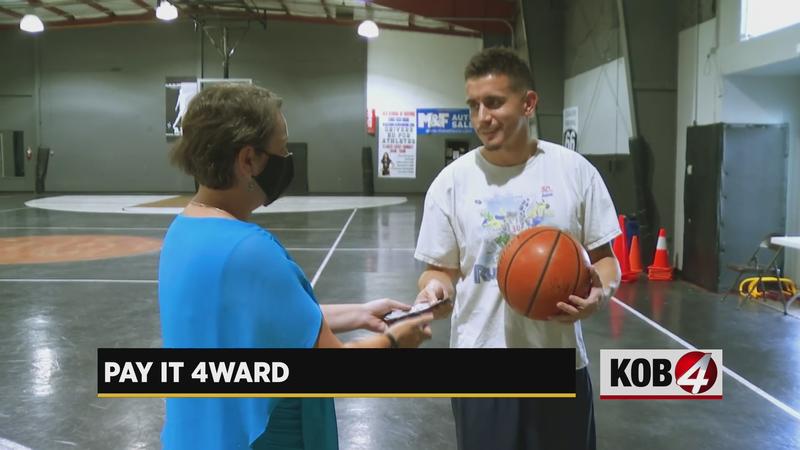