"I thought he could’ve used this award for his commitment and, the commitment he made, and the time he took to entertain us people when he really honestly didn’t have to, but he thought he should," Padilla said.

Gallegos said the shows were a lot more than just music, they helped him through some of his darkest days.

"The live shows started because I got stressed out, and I got depressed. That it was out of necessity for myself,” he said. 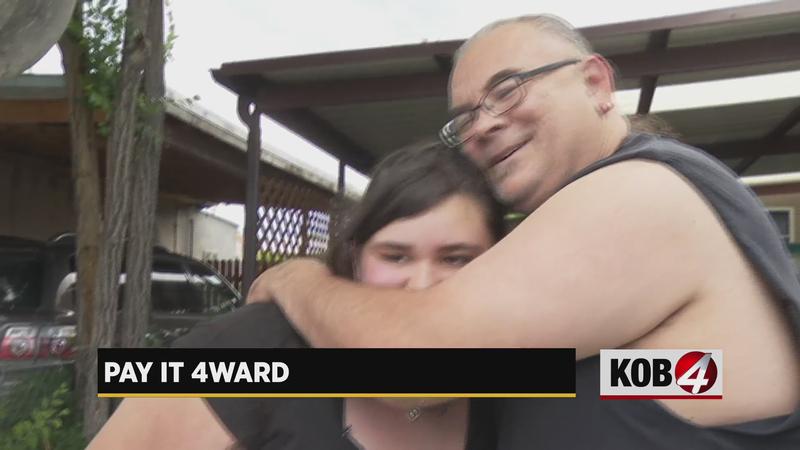 In just a few short weeks, Daniel’s band lost all of their gigs and on top of that, he lost his job of 16 years at a local restaurant.

"Everyone copes with stress differently you know, and the only way I could do it was by playing music, so I put on the camera and went live,” Gallegos said.

Padilla said she wanted to Pay it 4ward to one of her inspirations and to thank Gallegos for fulfilling his promise to entertain throughout the pandemic.

"I did, I did. I promised my fans that I would keep doing my Friday night shows. I did 60 of them. 60 shows in a row for you guys,” said Gallegos.

Gallegos said he’s going to use the $400 to take his kids out for a nice dinner and maybe even a night out at Hinkle Family Fun Center.