Pay it 4ward: Santo Domingo man recognized for his small acts of kindness

ALBUQUERQUE, N.M. — These days, it’s often the little things that truly make a difference in people’s lives. For one man on the Santo Domingo Pueblo, his little acts of kindness have started to add up. That’s why Mario Martinez wanted to Pay it 4ward to Robert Rosetta.

“I came across this guy. He had Santo Domingo patches on his shirt. He had a shopping basket loaded up with candy,” Martinez said.

“I kind of joked with him. I said, ‘Dude you must have a lot of kids. Look at your basket.’ He told me he said, ‘Well I man one of the checkpoints at Santo Domingo Pueblo and I buy all these little goodies and hand them out to the kids,’” Martinez added

KOB 4 went to the Santo Domingo Governor’s Office to ask about Robert and learned that it wasn’t just candy he was handing out.

‘He’s done a lot of things through the holiday. He would decorate his post, hand out roses,” said Lt. Gov. Herman Tenorio.

It doesn’t matter if there was a holiday or not—Robert was always there to brighten someone’s day.

Robert was awarded $400 in Pay it 4ward money in recognition of his kind deeds.

“This will go towards our fund. Things we actually need here. I accept this generously,” he said.

Robert said he plans to continue spreading joy through his small acts.

"In my way, I put my love in that. It’s saying we’re all in this together," Robert said. 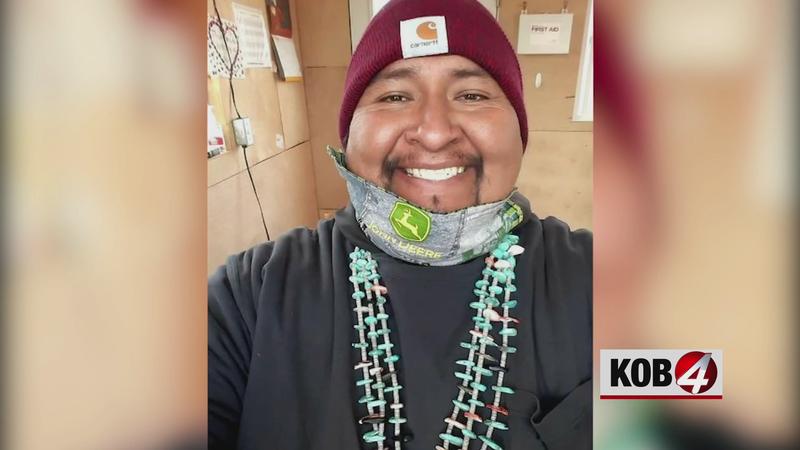