He ran toward smoke that was coming from his neighbor’s house in Edgewood.

He saved the property from burning by using a garden hose and his cowboy boots. However, he burned his feet in the process.

Burton, who suffers from diabetes and is at high risk of infection, started a GoFundMe to help pay for medical bills.

His story caught the attention of Catherine Lawless, who nominated him for Pay it 4ward. 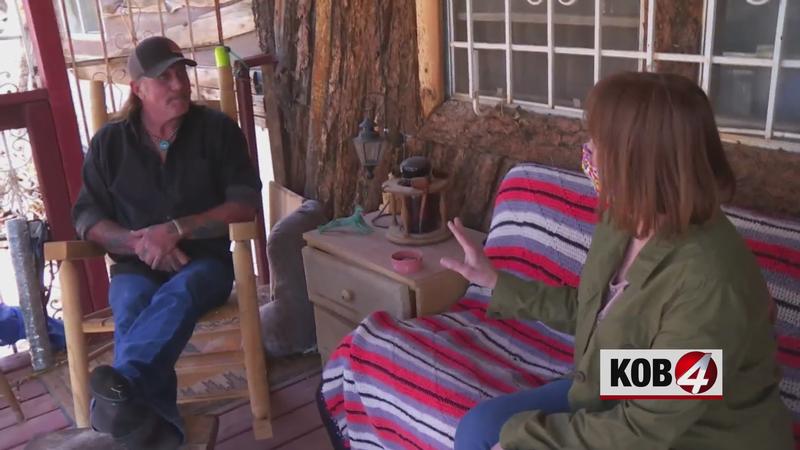 "Basically, saved his neighbor’s property, put his own life on the line. I was astounded," she said.

Lawless said she relates to Burton.

"I um – I’m feeling a little emotional here. Um – I lost my job. I lost my health insurance. And the medical bills – there comes a point where it’s ridiculous to open them because you know. And you’re struggling to keep your spirit up with cancer," she said.

She’s a decade into a fight with liposarcoma – a rare cancer – she says has returned.

"I’d really like to pay it forward to him, because my heart just goes out to the man," she said.

With four hundred dollars in hand, Lawless surprised Burton at his home.

A thankful Burton said he’s still out of work, but his feet are healing nicely.

"We still not quite out of the woods because as long as I have open sores on my feet, I’m subject to getting in trouble down there," he said.

You can donate to the GoFundMe by clicking here