Halloween is coming up, and many would agree the best part of the holiday is dressing up. But not everyone can justify spending big bucks on something they are only going to wear once.

One woman in the Four Corners is making sure children can participate without spending a dime.

Heather Woolf collects gently used Halloween costumes and gives them to families who may not be able to afford an expensive costume.

"I came across her post on Facebook and she was so sweet when I messaged her. Just what she’s doing helps a lot of families, especially in today’s economy with prices soaring and everything. I did not have the $40 to spend on her costume for one night only,” said Heather Golding, Pay it 4ward nominator.

Thanks to Woolf, Golding’s daughter Haleigh has a costume.

So this mother-daughter duo decided they wanted to Pay It 4ward with $400.

"It’s such an amazing thing what you are doing, so I had to nominate you. That’s amazing,” said Golding.

"I’ve known a couple of kids that haven’t been able to dress up because their families couldn’t afford it or they waited too long and couldn’t get what they wanted," Woolf said. "Some Halloween costumes are so expensive, I have tons of Halloween costumes that my daughter still plays in so I was like let’s give them to some kids that need it."

She has been able to collect costumes for babies, toddlers and even adults. This year, she’s donated dozens of costumes to schools in Farmington and Bloomfield and, of course, to families in the area.

Woolf said she hopes to continue to collect and donate Halloween costumes for more years to come. 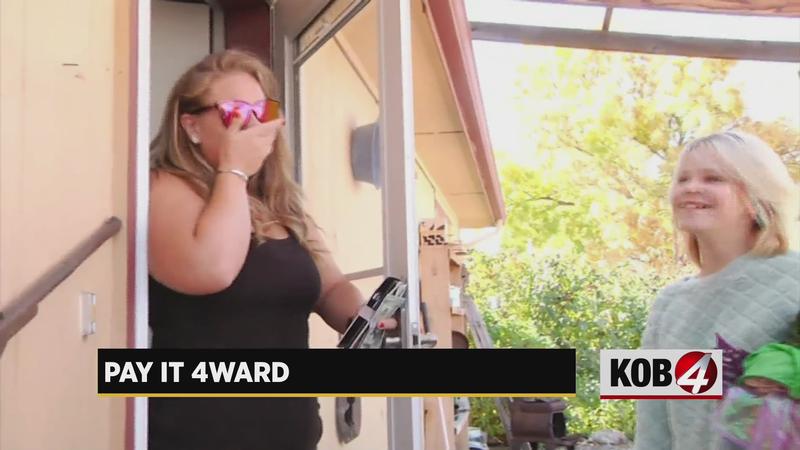