Pedestrian hit and killed by AFR unit responding to call

ALBUQUERQUE, N.M. – An Albuquerque Fire Rescue unit hit and killed a pedestrian early Friday morning while responding to a call.

An AFR vehicle was responding to a paramedic mutual aid call with lights and sirens on just after midnight. According to APD, the vehicle was traveling on Coors and turned onto the I-40 on-ramp where it struck a pedestrian. The pedestrian began pushing a shopping cart across the road at the same time the vehicle entered the on-ramp.

AFR personnel stopped and gave medical care to the person, who was transported by ambulance to UNMH where they succumbed to their injuries.

AFR officials said they were able to send another unit to the previous call, while APD officers were called to the scene at around 1 a.m. to investigate the crash. Department officials told KOB 4 it does not appear alcohol or speed were factors in the crash.

No charges have been filed, and the police investigation is ongoing. AFR said they are also conducting an internal investigation. 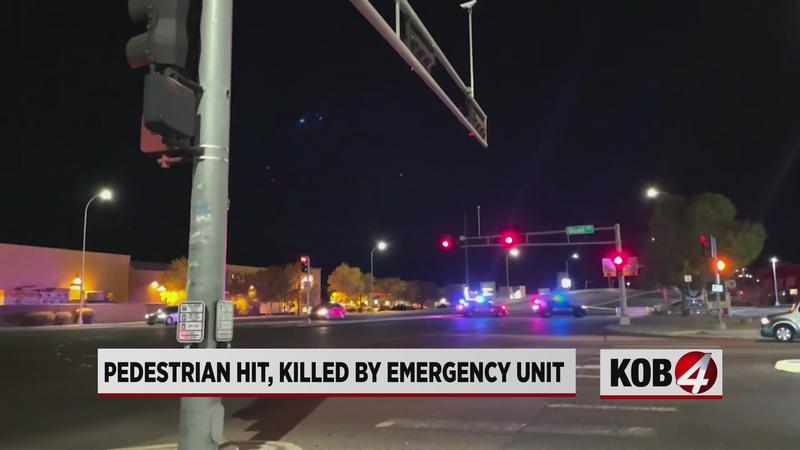