Pedestrian killed in EB I-40 on-ramp crash near Unser

ALBUQUERQUE, N.M. – A pedestrian was killed in a crash in the area of the Unser and eastbound I-40 on-ramp at around 5:40 a.m. Tuesday.

According to APD, a white Dodge truck was traveling from northbound Unser onto the eastbound I-40 on-ramp when a man wearing dark clothes was crossing the road. The driver of the truck saw the pedestrian and tried to avoid him but was unable to. The passenger side of the truck struck the pedestrian.

The driver stopped and called 911 after realizing he had hit a person. When APD officers arrived, a person flagged them down and told them about the crash. Officers then found the pedestrian, who already died from his injuries at the scene.

According to APD, it is currently unknown if alcohol or speed was a factor in the crash. Police said pedestrian error appears to be a factor and no charges are pending.

The crash is under investigation by APD. 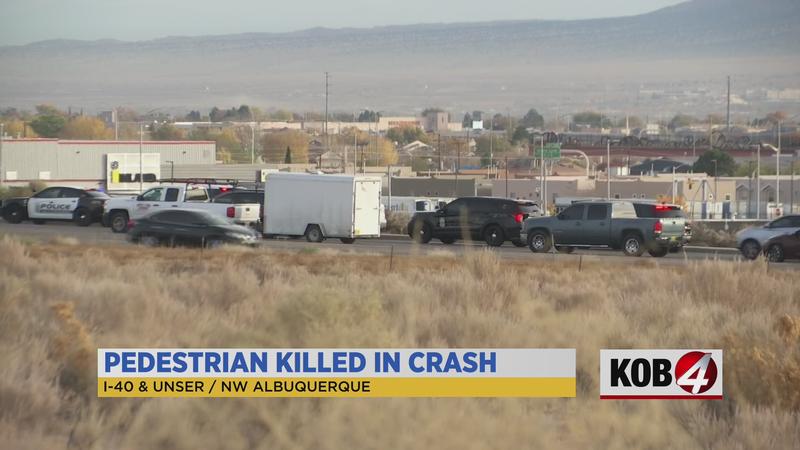