ALBUQUERQUE, N.M. – People gathered, sharing stories of what they remember from 9/11, how it shaped our nation, and why we will never forget.

A day that changed everything, once again remembered in Albuquerque’s Civic Plaza.

"We must continue that level of respect and we must remember to never forget the sacrifices are of those who were lost in that attack,” said Gov. Michelle Lujan Grisham.

Families, service members, and other citizens gathered to honor the nearly 3,000 people who lost their lives that tragic day.

"It was a day that was meant to break us. But it was the bravery and the selflessness of our first responders that so clearly and immediately reaffirmed the strength of our nation,” said Mayor Tim Keller. "I think for us to share and to explain what this all means to America to U.S. to us individually is important."

Each one of the names shown during the ceremony were with 343 pieces of firefighter turnout gear, placed nearby to honor those first responders who gave the ultimate sacrifice.

As much as today was about never forgetting, it was also about looking toward the future.

For Michelle Cunningham, it was this unfathomable tragedy that compelled her son to become a firefighter.

"He was probably in the third grade when it happened, ever since then he knew he wanted to be a firefighter.”

Knowing no matter how much time passes, what happened on Sept.11, 2001 will always stay with us. 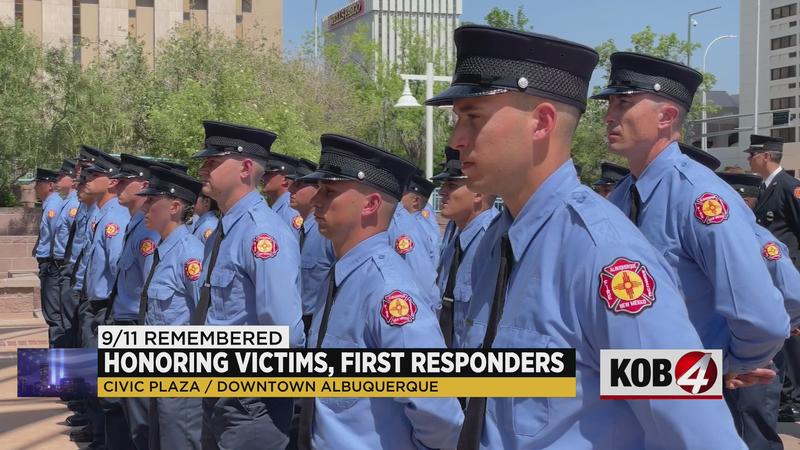