SANTA FE, N.M.- People in Santa Fe got a scare Wednesday when police shot a person who appeared to point a gun at an officer.

"Things like this don’t ever happen here, and it’s just mind-blowing," said a person who was in the area at the time of the shooting.

Joseph Said recorded the shooting from his shop, Turquoise Trail Jewelry. He said officers yelled out commands to the suspect, but he didn’t comply.

Tourists flooded stores for cover, and shop owners stepped up.

"A lot of people were walking the street, and they were scared," Joseph described. "I wanted to protect the customers in the store. Let them in. I put them away from the window. I didn’t want anyone to get hurt in my store." 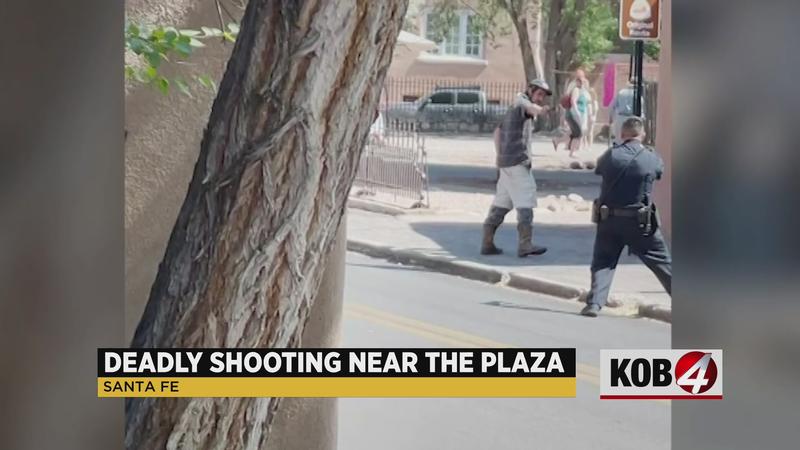 Ian Anderson, the manager of the Loretto Chapel, said he pulled in 30 people.

"I think people didn’t know what was going on. They just knew that this was the safest place to be right now, and when we were seeing families, kids, everyone kind of just rush in, they went on the ground," Anderson said. "Some of them were kind of crawling past the little entrance area into the chapel itself, and they are huddling kind of behind pews."

The suspect who police shot died at the scene.