ALBUQUERQUE, N.M. – Gold medals are just the end of a long journey with its share of defeats. Winning requires getting back up after you get knocked down – that’s a lesson Dillan Bentley learned when he first tried out for the New Mexico Ice Wolves.

“When he was 17-years-old I saw this kid same height right and I thought to myself wow this is going to be an unbelievable hockey player eventually,” said Phil Fox, head coach of the New Mexico Ice Wolves.

Despite the potential he showed, Bentley didn’t make Ice Wolves’ roster in 2019. He went back home to Illinois and didn’t give up.

“I think everybody has grown as players, I think they’ve learned to work hard every single day in practice and do those little details that matter,” said Bentley.

Bentley tried out again in 2020 and made the team and was a big difference maker. He finished the season with 10 goals and 13 assists.

“Paid his dues, went to a lower league, developed got better at the things he was asked to, and you know? Last year was his first year with us and I thought he took a huge step. And then going into this year, he has taken a huge step and he’s just a story of development,” said Fox.

Perseverance is getting Bentley to the next level. But he’s not done helping the Ice Wolves just yet.

“This year, I want to try to do what I can to have this team win and bring a championship to Albuquerque," said Bentley.

Bentley is one of three Ice Wolves committed to play college hockey next year. Back in December, he signed with Umass Lowell. He hopes to continue to pave the way for the young players coming into the organization for years to come.

“Means a lot, I mean I couldn’t be there without all the guys on this team and all the guys have pushed me this year last year and my whole hockey career," said Bentley. 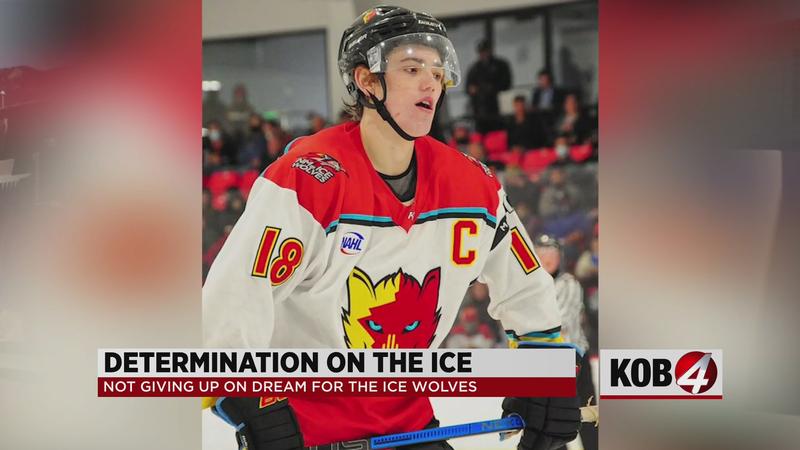