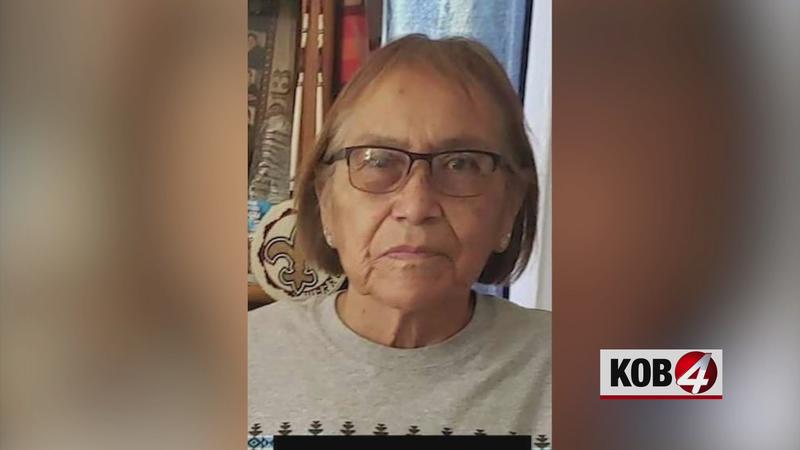 ALBUQUERQUE, N.M.- Navajo Nation police have identified Preston Tolth as a person of interest in the disappearance of 62-year-old Ella Mae Begay.

She was reported missing in Sweetwater, Arizona.

The last time her son, Gerald Begay, heard from her was Saturday, June 12.

"She was asking about the kids, and you know, we were planning on I’m trying to bring the kids down here, so we can spend some time with her and stuff," Begay said.

Tolth was found in Thoreau Thursday a little after 1 p.m.

Searches by foot, ATV’s and even by drone have all been conducted with no sign of Ella Mae.

If you have any information on her whereabouts, call the Navajo Police Department.

In a previous version of this story, police stated that Begay’s vehicle had been found. Police have informed KOB 4 that the vehicle is actually still missing.