The crash happened at the end of June. While the National Transportation Safety Board has not ruled what caused the crash, KOB 4 has independently authenticated a report from the Federal Aviation Administration that shows the pilot, Nicholas Meleski, had marijuana and cocaine in his system at the time of the crash that killed him and all four of his passengers.

KOB 4 spoke with Dr. Ernest Chiodo, an out-of-state toxicologist, who said the results show Meleski "utilized it (drugs) relatively recently but not right before the accident."

The toxicology report shows Meleski tested negative for ethanol, or alcohol, but the toxicologist said the results are "more consistent with partying the night before." 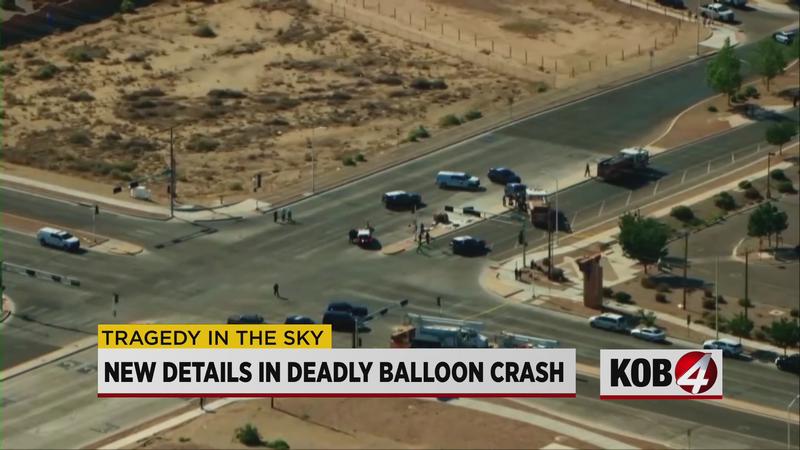 Dr. Chiodo told KOB 4 that it’s unusual to test for cocaine specifically, but this did in this case. Usually, they test for metabolites that come from cocaine, which can last in someone’s system for up to three days. Meleski had both in his system. However, Dr. Chiodo said these results do not say whether or not Meleski was impaired, or to what level.

The Meleski family released a statement saying they are evaluating a copy of the toxicology report and asking for privacy.

Manny Sisneros, the brother of one of the crash victims, Mary Martinez, shared the following statement:

"My family is heartbroken over the news that the pilot of the balloon, Nicholas Meleski, had drugs in his system while operating the balloon that took the lives of my sister Mary Martinez, her husband Marty Martinez, John and Susan Montoya and himself. When taking a balloon ride as my sister Mary did, she entrusted her life with this pilot. Nicholas Meleski obviously didn’t take into consideration all of the people whose lives he destroyed due to his drug use. We are aware that the drugs in his system may not be the cause of the crash but having Cocaine and Marijuana in his system, may have been one of the contributing factors.

Had there been a way for the deceased to make an informed decision about the pilot, perhaps they would be here today. We hope that in the future, the NTSB and FAA, regulate Balloon pilots in the same manner as they do airline pilots."