ALBUQUERQUE, N.M.- Richard Pitino is getting acquainted with his new home.

Pitino was named the new head coach of the UNM men’s basketball team on Tuesday.

He arrived in Albuquerque Wednesday night, and was introduced, in front of fans, on Thursday.

During that time, he’s gotten a chance to explore Albuquerque with his family.

However, he’s already getting to work. And he has a plan to turn the program around. 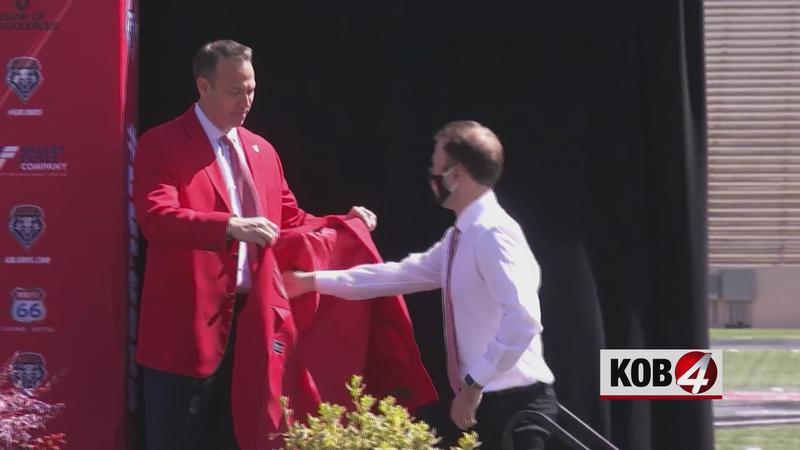 "It’s very easy to say we want to win championships, but you can’t just be all talk," he said. "And from talking to Eddie (Nunez) about his vision and just understanding where he wants this program to go. I just felt like we were in alignment. I think that we both kind of believed how we get back to that."