Plan to bring speed vans back to Albuquerque moves forward

ALBUQUERQUE, N.M. — A new plan to bring speed vans to Albuquerque is moving forward. City Councilor Klarissa Peña, a sponsor of the initiative, says this is a big step.

A parked van or trailer uses a radar to detect speed and take a picture of a speeding vehicle, then sends the driver a citation by mail. Violators face a fine of $100, but the city is considering alternatives.

"We’re also looking at how we can do community service if people can’t afford it,” Peña said.

Although the city wants to crack down on speeding as soon as possible, it has taken time to involve the community in this decision-making process. 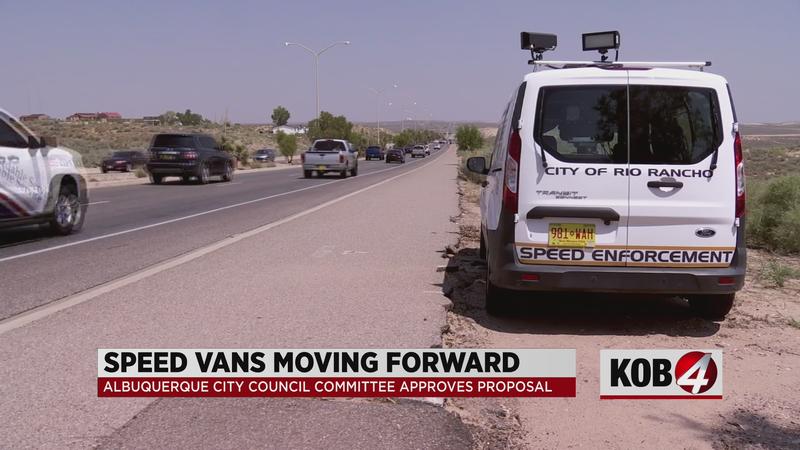 She added that a big part of that is making sure speeding penalties are civil and not criminal.

"Often times some of the speeding is some of our youth in our community, and we don’t want to criminalize our youth,” Peña said.

The city is also discussing where these vans will be parked.

Officials are also working to get waivers to put speed vans on state roads.

During a Finance and Government Operations Committee meeting Monday, officials clarified these cameras are not a replacement for community policing. They also do not run continuously or issue criminal citations. Speed vans will serve as an extra tool for traffic enforcement officers.

City councilors say they hope the move will allow police officers to spend more time focusing on their fight against violent crime.

The Finance and Government Operations Committee unanimously voted in favor of the legislation Monday. Now it moves on to a full city council vote. That is scheduled to happen at the council’s next meeting in September.