Ranchers in New Mexico are mounting pressure on the feds – causing them to think twice before taking flight.

"I was raised on the ranch, my family were ranchers here. We’re the third generation. My daughter will hopefully be the fourth, if she so chooses," said Loren Patterson, the president of the New Mexico Cattle Growers Association.

The NMCGA represents more than 1,200 ranchers across the state, and lately, they have been at odds with the federal agencies that manage the Gila National Forest. 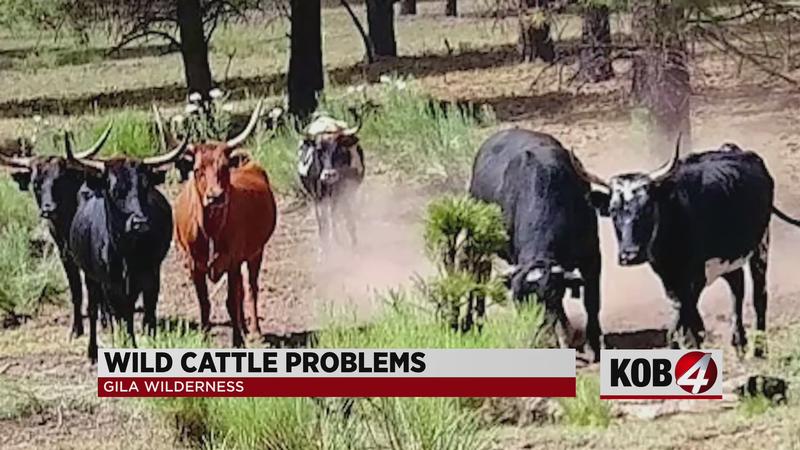 There’s a growing herd of stray cattle that is not managed by anyone, grazing on sensitive forage. The Federal Wildlife Service’s plan was to shoot the roaming cattle and let nature do the rest.

"That seems to be a pretty poor solution," Patterson said.

The NMCGA has concerns they outlined in a letter to the U.S. Forest Service about a year ago. They were concerned about the legality of this plan, how safe the process would be, and whether this would impact the food chain for predators or if branded cattle could be intermingled with the wild cattle.

Patterson said they never got a response, until this morning – when the operation was expected to begin.

"I am very disappointed," Patterson said. "It does seem like a very unethical way of doing this."

This all stems from a lawsuit aimed at protecting endangered species in rivers. The Center of Biological Diversity sued the Forest Service, claiming the cattle are destroying ecosystems.

Now, the New Mexico cattle growers are preparing to sue – if they move forward with this plan to kill the cattle from the air.

KOB 4 did not receive any response from the Forest Service or the U.S. Department of Agriculture.