ALBUQUERQUE, N.M. – The proposed state budget includes millions of dollars to help expand and improve the statewide, pretrial services program. The program is designed to guide or monitor defendants before trial. The treatment can range from rehabilitation, counseling, to being monitored around the clock on a GPS ankle monitor.

"It’s not something to do for everybody,” said Artie Pepin, the director of the Administrative office of the Courts. “It’s not right for everybody. But for those who have a significant risk who aren’t going to end up getting detained in jail, it’s a way to give us great assurance about public safety."

The First and Fourth Judicial Districts will get the program next, including six counties in Northern New Mexico.

"We’ll get them all done, eventually,” said Pepin. “And they will all have 24/7 monitoring for those who are released on electronic monitoring."

The 24/7 aspect is another arm of the expansion plan. A team of monitors in Albuquerque will watch the entire state’s defendants after regular business hours, and on weekends and holidays.

"It’s a centralized approach that is much more efficient,” said Pepin. “You can imagine in some counties it would be absurd to monitor ten people overnight with a whole group, a whole staff, when we can have a person in Albuquerque who can handle five or six counties."

The First and Fourth Judicial Districts’ programs will be up and running by the end of the year. 24/7 monitoring will start even sooner.

The AOC plans to expand into more judicial districts in 2023.

"If you’re going cut off your ankle monitor or you’re going to go into the neighborhood where you’re not allowed to be, or you’re going leave your house when you’re on a curfew,” said Pepin. “We want the response to be swift and certain." 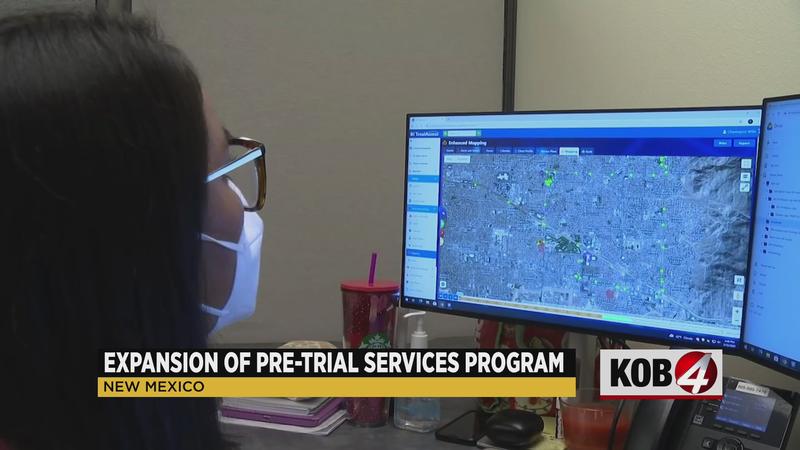