Platelets Across America: Man completes goal of donating blood in all 50 states

ALBUQUERQUE, N.M. — An 84-year-old man from Ohio has helped save nearly 3,000 lives by donating platelets. He finished his goal of donating twice in each state at an Albuquerque blood bank last week.

“You’re saving a life with that fluid," said Al Whitney, as he waited to donate platelets at the Vitalant blood bank. "Yes, it’s blood, but that is a life that you’re giving to somebody else."

Whitney has been saving lives since his first blood donation in 1965.

“I donated and walked out of the blood bank waiting for the traffic light to change, and I heard, ‘Al, you can do more than that.’ And I looked around and there was nobody near me,” he said.

A revelation, if you will, that led Al to donate in Albuquerque years later after switching to donating platelets.

He said he has donated blood at least twice in every state, and three or four times in some states. New Mexico was his final stop to complete a decades-long goal. 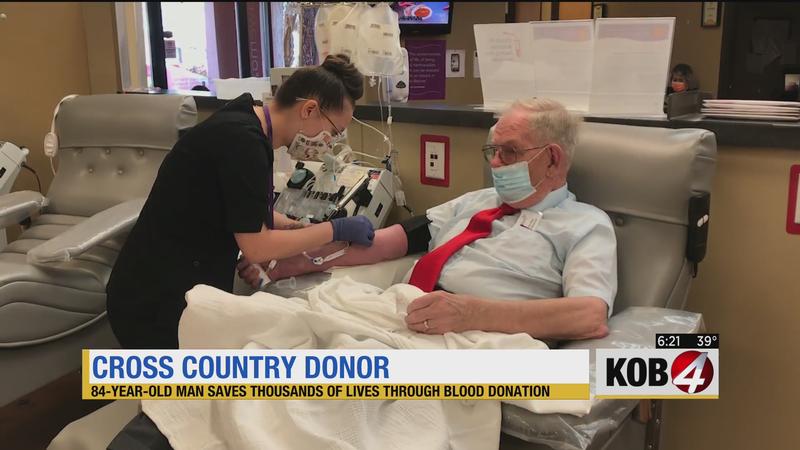 Whitney started his Platelets Across America campaign around the year 2000 when he retired from recruiting blood donors.

Those donations will be done in Ohio, but he wants people to think about donating blood or platelets in their area.

“When you’re donating blood, you’re allowing a father to walk his daughter down the aisle. You’re letting a mother see her son graduate from college,” he said.