ALBUQUERQUE, N.M. – A plea is in the works for one of the main suspects involved in the murder of two Albuquerque teens.

Back in 2018, two teens were discovered dead on the West Mesa in Rio Rancho. Goldman Jr. is one of five allegedly involved. He was in court Monday for a plea conference. But it’s been pushed down the road – Goldman Jr.’s defense attorney had a medical emergency.

“I anticipate the parties will just take the plea and will ask for a different date for sentencing because I think there’s a lot of argument on both sides that needs the court to consider,” said Natalie Lyon, prosecutor.

More about what this plea will look like will be released during the rescheduled hearing on March 15.

Meanwhile, there are four others charged for their involvement. Goldman Sr. took a plea last year for helping destroy evidence. 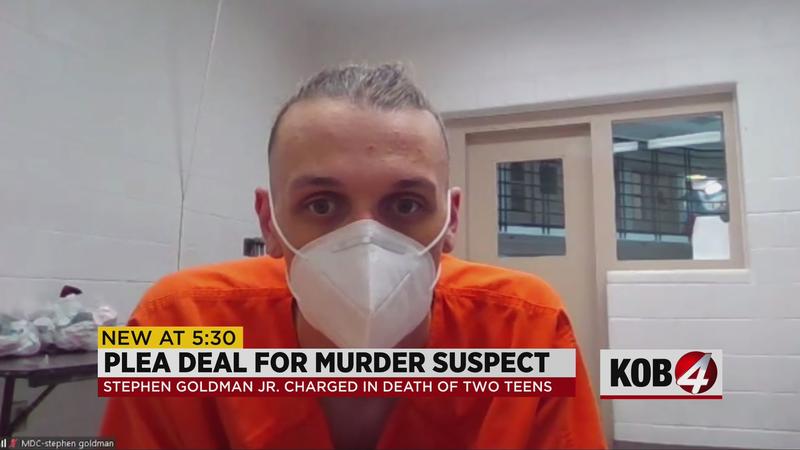