PNM warns of potential blackouts in New Mexico this summer

ALBUQUERQUE, N.M. — PNM is working to avoid potential blackouts in New Mexico this summer. The utility is proposing a new plan to state regulators to keep one part of the San Juan generating station open for an extra 3 months to avoid expected energy shortages.

"We’ve offered different plans to replace the coal-fired electricity that has been coming from San Juan Generating Station, we’ve offered different mixes of solar and battery, and gas, and every other renewable source,” said PNM spokesperson Sara Yingling “We just have to keep overcoming hurdles along the way, as each plan is kind of getting shot down.”

The coal-fired power plant is scheduled to be shut down at the end of June – a process that has been in the works since 2019. Last summer, PNM and state regulators agreed to a plan to replace the electricity output lost from the power plant with four new solar farms across the state. PNM says supply chain issues brought on by the pandemic have significantly delayed construction on the facilities.

"What’s complicating this current situation is these global supply chain issues that are delaying a lot of these replacement power projects,” said Joseph Maestas, chair of the Public Regulation Commission.

PNM says a solar farm on the Jicarilla Apache Nation is expected to come online by April of 2022 – nearly six months behind schedule. The other three solar projects are further behind. The utility says without the proposed San Juan facility extension, there will be an estimated 3.4% shortage during the summer months. 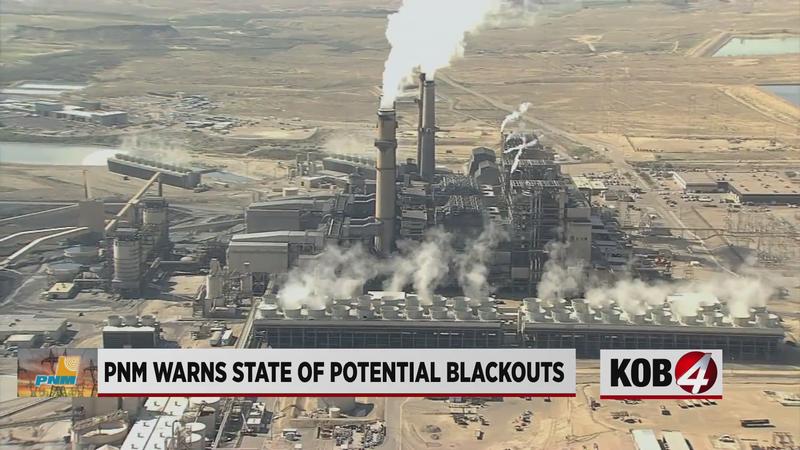 PNM says there is a hard deadline on March 25 for this plan. The Westmoreland coal mine (which supplies coal to the San Juan Generating Station) is scheduled to shut down on March 26 ahead of the power plant’s planned closure. It’s not clear what options PNM will have if regulators do not act on the proposal before then.

State regulators say they are aware of the consequences and are working to avoid electricity outages. One regulator predicts there could be similar issues in the future as New Mexico transitions to renewable energy.

"We all know the intermittent nature of renewable energy. The wind doesn’t always blow the sun doesn’t always shine. And so these utilities need baseload or firm power” said Maestas.

PNM says the new solar projects, once up and running, will provide enough energy to offset the San Juan facilities closure. PNM also said any blackouts would likely be limited to the summer months when the demand for electricity is highest.