ALBUQUERQUE, N.M.- Albuquerque police are searching for a man who they say attacked a massage therapist and yelled racial slurs at her.

The victim said a man walked into the massage parlor without a mask. When she asked him to put on a mask, she said he refused, so she refused to provide him with a massage.

The woman said the man then began to call her the "Chinese virus" and used other racial slurs while attacking her.

“Her injuries were head to toe. She had injuries to her feet, her knees. She had muscle strains. She had abrasions everywhere. She also had an extreme amount of inflammation to her chest area and some bruising on her ribs making it difficult to breathe," explained Sgt. Gerard Bartlett, who is APD’s Violence Intervention Unit. "She also discussed not being able to work for a period of time after the attack.”

The victim said, at first, she didn’t think she needed to go to the hospital. But the next morning, she woke up with so much pain, especially in her chest. She said she couldn’t even talk. She left a note with an advocacy group, saying if she didn’t make it, to please let her family know.

"The initial charge was a misdemeanor count of aggravated battery, leaving painful temporary disfigurement," said Sgt. Bartlett. "However, with the new knowledge of these documents injuries and the knowledge of these racial slurs that were verbalized toward the individual to the attack, it’s important we take into consideration the entire element of the investigation. And right now we’re working with the DA’s office to see if these charges rise to the level of a felony crime."

Police say the suspect is a man who was driving a white Ford with Florida plates CLW4172. They’re asking anyone with information to call Crime Stoppers.

“I think it’s so important that we let the community know that if follow-up investigations need to be done and detectives need to get involved we want to work directly with them to ensure that we have all the appropriate information evidence," said Commander Luke Languit, an APD ambassador for the Asian American community. "That we come up with the right charges and hold these people accountable and get justice for them.” 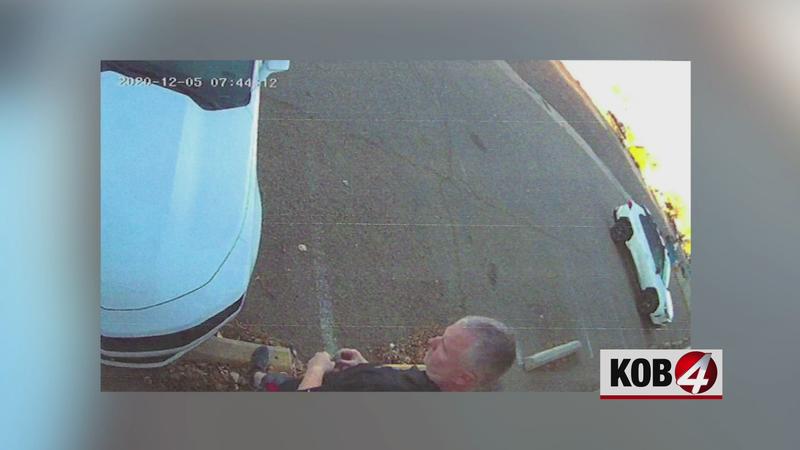 The victim moved to the United States from China four years ago. She reportedly spends half of her time as a massage therapist and the other time as a student, learning English.

APD is investigating whether the crime rises to the level of a hate crime.

“Whether the intent was racially motivated or not, the outcome is that it is one instance of a large pattern, a trend of anti-Asian sentiment, racism words, violent actions against our Asian business community, and it’s a direct result of the pandemic and how it’s been inaccurate blamed on the Asian community," said Melanie Nguyen with Asian Business Collaborative.

This is not the only incident APD is investigating that’s impacting Asian businesses.

APD is trying to reach out to the Asian American community to hopefully solve the crimes, but they know it’s going to take time to build trust.

According to statements police received, victim was at the emergency room when she was told by her translator that another employee at a massage parlor was also assaulted by a customer.