“A little before 10 o’clock officers from the northeast command were dispatched to a stolen motor vehicle at a gas station near Carlisle and Montgomery," Medina said. "The vehicle was reported stolen back in December."

According to APD, when officers approached, the suspect took off in the stolen truck. A police helicopter was able to track the suspect down to where he ditched the car near Menaul. Officers tried to arrest him again.

“Officers went to make contact with the individual who was in the process of trying to get on a motorcycle," Medina said. "We don’t know if he was stealing that motorcycle or if it was his motorcycle and when officers tried to contact this individual the individual fled on foot."

At this point, Medina said police tried to use a Taser on the suspect.

“At that point in time, there was some kind of altercation. We don’t know what that was but we do know that it resulted in officers firing their weapons,” Medina said.

Medina did not know how many shots were fired and it is still unclear if the suspect was armed. He said police recovered a firearm on scene that did not belong to officers.

“We believe it is the suspect’s firearm, it was in close proximity to the individual, and we will have to review the video and see where it was at the time of the shooting,” Medina said.

The suspect was identified as Devin Morris.

All three officers have been placed on administrative leave. 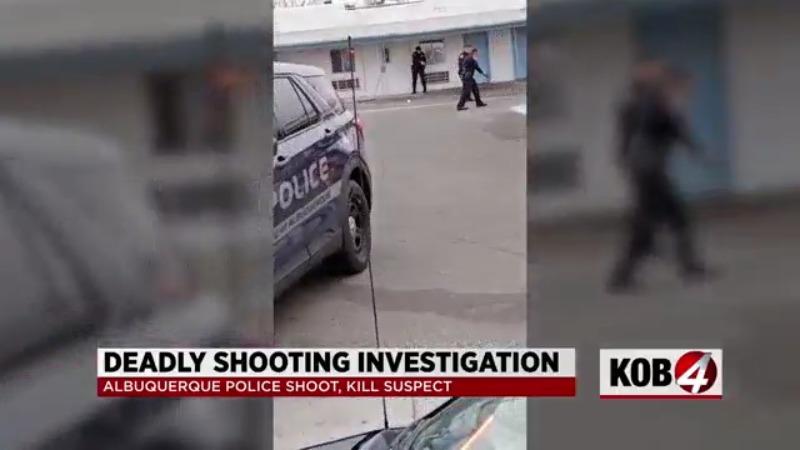